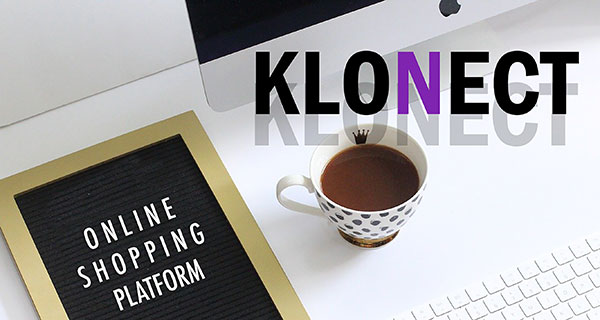 Universal Connect was established in late October 2019. It has two staff members - my business partner and I - stationed in Singapore. Our goal is to create a service that connects companies in Korea to customers all over the world. Through my partner in Singapore, I was sure that there was growing demand for Korean products in Southeast Asia. So I started my business, which was selected as one of the projects supported by the government in 2019.

Major e-commerce platforms in Southeast Asia include Qoo10, Zalora and Shopee. Many products with the title of “K-style” are traded on these online marketplaces in China and Indonesia. Taking a look at the products, I found that they were a bit different from the ones available in the Korean market. To be frank, I’d say they were rather outdated. Still, they were selling well. Noting consumer demand for Korean-made products in the region, I started the business.

Lee majored in electronic engineering and international development cooperation. While working at a startup, she wondered about a new business item. She turned her eyes to inventory, which is always a problem in the clothing industry. About 100 billion pieces of new clothes are poured into the market in Korea each year. But not all those clothing products are sold in season. Apparel firms in Korea, which has four different seasons, have to dispose of off-season products at cheap prices. In some cases, they even incinerate or bury them. The inventory risks place a significant burden on small clothing manufacturers, in particular, as well as large companies, wholesalers and retailers.

Universal Connect found a way out of this problem by developing a shopping platform that enables local apparel companies to sell their goods in stock in the overseas market at full price even after a particular season is over.

When the summer is over, Korean clothing companies have to handle their products in stock as carry-over items or discard them. I noticed that Southeast Asia sees summer temperatures all year round, and I thought that the discarded summer clothes could be exported to the Southeast Asian market throughout the year. Inventory accounts for 20 percent of all products in the clothing market in Korea, while the figure remains at 9 percent in other manufacturers. Clothing products in stock were estimated to reach about 10 billion US dollars in 2019. I thought it would be great to sell them to the overseas market, not just to keep them in stock, so they would prove useful for customers in other countries.

Universal Connect paid attention to the Southeast Asian market, which has high growth potential. Online shopping and the fashion market in the region have grown fast annually. Moreover, local consumers were greatly interested in Korean products and styles. Yet, not many Korean-made goods were found in Southeast Asia. Also, only a limited number of channels provided Korea-related content, although women in their 20s, 30s and 40s were becoming increasingly keen on K-fashion. 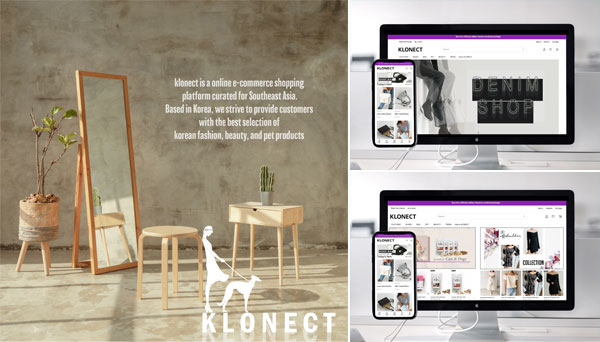 Mobile shopping in Southeast Asia has grown more than 30 percent each year. It is reported that the market is estimated to reach 153 billion dollars in 2025. We chose Singapore as our first target country because its GDP growth is among the world’s highest and credit card transactions are common there. That is, many local citizens are used to online payment. Also, people of various ethnic backgrounds live in Singapore. Many of those frequently travel to neighboring countries, so it would be ideal to spread our brand to other nations. Online purchases have shot up, not only in Korea but in other countries, amid the COVID-19 pandemic. I think the online market will continue to grow down the road.

At present, Universal Connect offers clothing items, of course, and pet-related products as well on its website. This is considered a flexible and well-timed approach, as the fashion market has declined to some extent while the pet market has expanded in the aftermath of the pandemic. The number of online visitors who access the company’s website has increased 100 percent every month. The positive result is partly attributable to the company’s strategy to station an official appropriately in Singapore.

Our responsible staff member in Singapore performs various business operations such as market research, consumer response monitoring, marketing and contact with our business partners. The official can observe the reaction of local consumers faster and more closely. Our focus is placed on goods in mid-and premium-priced categories, not low-end products. This is our strength.

It also seeks to take consideration into the religious, ethnic and cultural differences found in Southeast Asia. It will allow more customer reviews so consumers can share their purchase experiences with many more people. It also plans on introducing the latest trends to consumers through the so-called “card news,” a news format featuring texts and images, in the form of a magazine on a regular basis. Then, consumers can obtain useful information about fashion, other than just purchase things.

We respect different tastes and styles of consumers. They tend to consume in their respective areas of concern. We hope to facilitate their consumer activities through our platform. In Southeast Asia, ethnic groups, religions and culture vary a lot, compared to Korea. But not many channels offer information about product lines, prices and design. We hope to provide the necessary information through our goods and services.

Small manufacturers in Korea have so far found it difficult to access the global market, even though they wanted to, due to the lack of information about target countries and difficulties in delivery, consumer management and after-sales service. Thanks to Universal Connect, however, apparel wholesalers and retailers in Korea at least may attempt to reach the global market by using off-season inventory, which has actually been a headache.

Universal Connect has shown a new possibility for the local clothing market. Starting from Singapore, it will hopefully grow into a leading e-commerce platform provider that represents K-fashion in the entire Southeast Asian market.