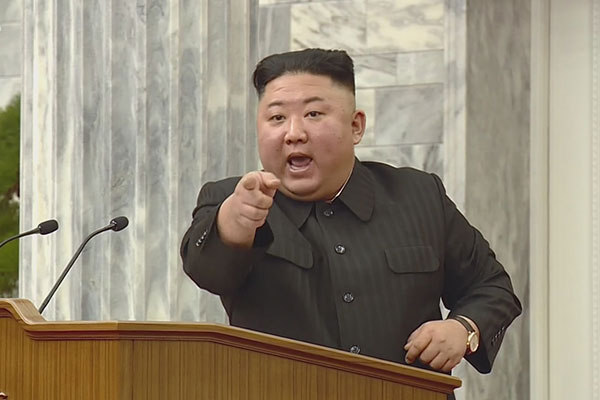 North Korean leader Kim Jong-un reportedly criticized his Cabinet for failing to come up with new ideas for this year's economic plans. He also fired a senior economic official who was one month into his term as director of the economic affairs department.

The North's state Korean Central News Agency(KCNA) reported on Friday that the second plenary meeting of the ruling Workers' Party's eighth Central Committee wrapped its four-day run from February 8 through 11.

And during the meeting, the KCNA said, the North Korean leader castigated many projects presented by the Cabinet.

Kim Jong-un reportedly pointed out that there was little change in this year's economic plans from last year's, observing that some targets were set unrealistically high and others were set too low.

He noted that the Cabinet was failing to fulfill its role as the key institution to manage the economy, saying it had almost mechanically brought together the numbers drafted by the ministries in its plans.