Baemin Founder Pledges to Donate Half His Wealth 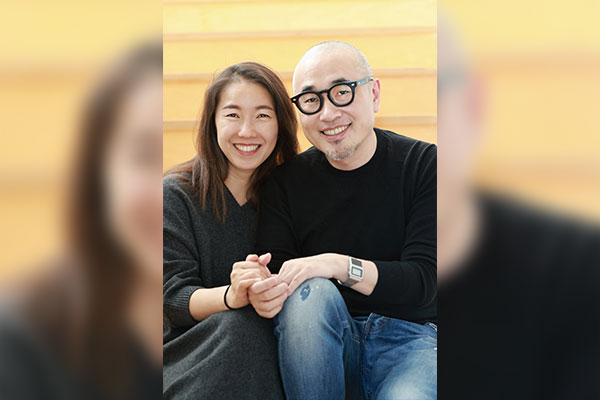 The CEO of South Korea's top food delivery app operator, Woowa Brothers Corporation, said Thursday that he will donate more than half of his wealth. Estimated at more than one trillion won, or more than 900 million U.S. dollars, the donation is the second such high-profile pledge this month.

The founder of food delivery app Baedal Minjok, or Baemin for short, has pledged to give more than half of his wealth to helping society during his lifetime.

Kim Bong-jin and his wife Bomi Sul both agreed to the pledge, announcing it on the website of the Giving Pledge, becoming the first South Koreans to join the global campaign.

Created by Bill and Melinda Gates and Warren Buffett, the Giving Pledge is a campaign through which the world’s wealthiest individuals dedicate over half of their wealth to giving back to society.

Kim's assets are estimated to be worth more than one trillion won following the sale of Woowa Brothers to Germany's Delivery Hero.

Kim cited his destitute upbringing and fortune later in life for deciding to make the donation pledge.

He said he and his wife are envisioning how to resolve the issue of educational inequality, support arts and culture and establish an organization to help philanthropic institutions in carrying out their work.

It is the second such pledge in South Korea this month. Earlier, Kim Beom-su, the founder of the country's top mobile messenger operator Kakao Corporation, announced that he will donate more than half of his assets, estimated to be over ten trillion won.

However, Kim did not make the donation through the Giving Pledge.