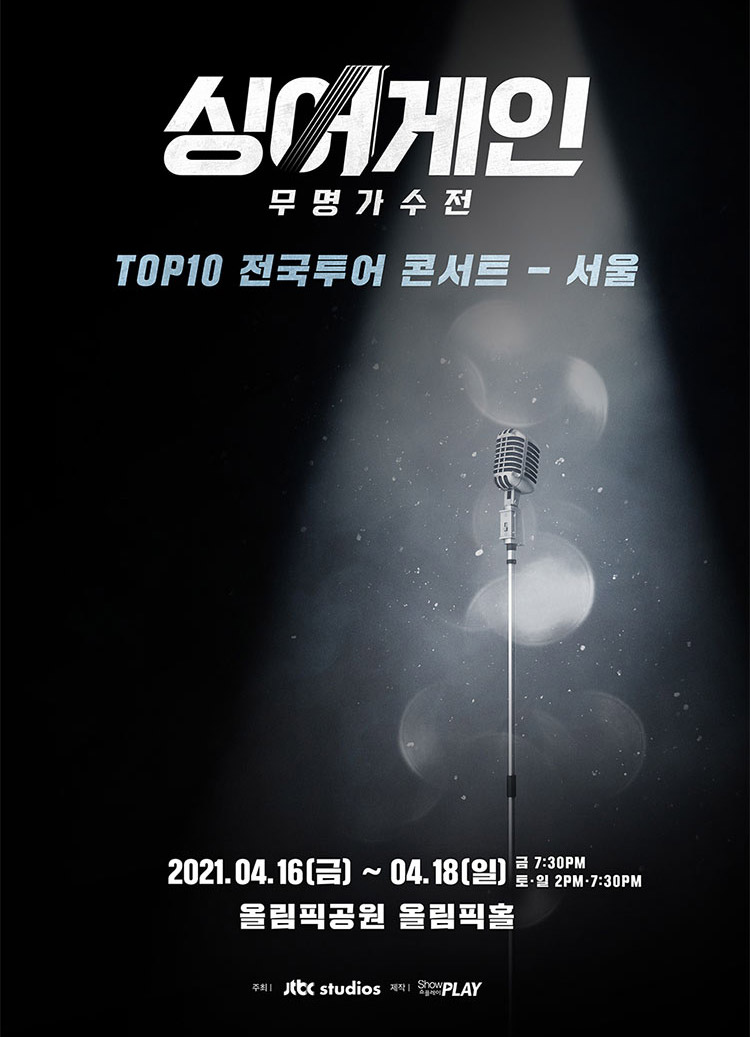 The top ten contestants from the popular reality audition show “Sing Again” will be holding a nationwide tour, with the Seoul leg to take place from April 16-18 at Olympic Park Olympic Hall. The top ten contestants who made it to the semi finals on the hit TV show will be performing live for fans. The Seoul concert was originally scheduled for March 19-21 but had to be rescheduled due to COVID-19 and relevant social distancing measures. The concerts will also take place in other cities across Korea including Busan, Daegu, Goyang, Incheon etc.