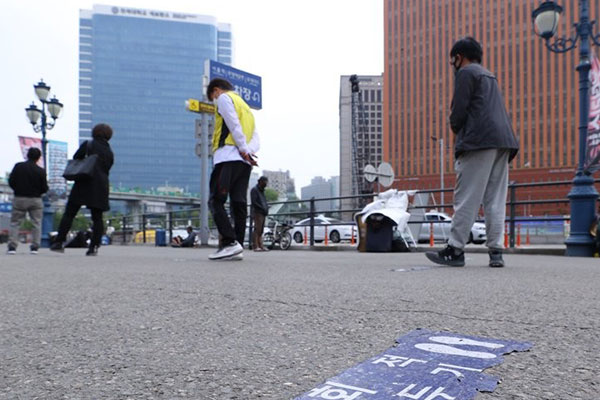 The government extended current social distancing levels and the ban on personal gatherings of five or more people by three more weeks until May 23.

Level Two distancing is currently applied in the greater metro area, with One-point-Five everywhere else.

But the government said if average daily COVID-19 cases over a one-week period surpasses 800, additional measures will be introduced in consideration of the health system’s capacity with vaccinations well under way.

Additionally, a new distancing scheme that is being tested in 12 cities and counties in North Gyeongsang Province will also be extended for another three weeks. It eases curfews and allows larger personal gatherings.

The government said the new system can be applied nationwide from July, in light of vaccination efforts, if average daily infections remain below one-thousand.

The government earlier announced that from next Wednesday, people fully vaccinated in South Korea will be exempt from the mandatory two-week self-quarantine, even after coming into contact with an infected patient or when arriving from overseas.

The government reached the decision after assessing that people who have received both vaccine doses will come to have antibodies two weeks after getting the second shot.

People who’ve been fully vaccinated in South Korea will face monitoring, instead of isolation, for two weeks. Monitoring refers to a daily report of their health status made to authorities.