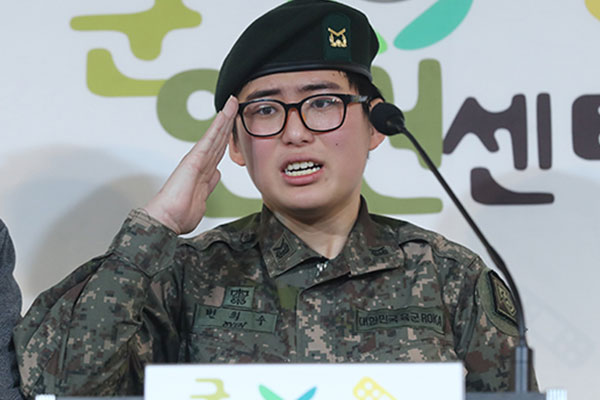 A district court has ruled it was unfair for the military to discharge the late former Staff Sergeant Byun Hee-soo following her sex reassignment surgery.

The Daejeon District Court on Thursday posthumously issued the ruling for a suit filed by Byun against the chairman of the Joint Chiefs of Staff, seeking to push the military to scrap its decision to discharge her.

The court assessed that it was inappropriate for the Army to discharge Byun on the grounds that the loss of male genitalia constituted a Level Three physical disability under military law.

The military discharged Byun last year after she expressed her intentions to remain on enlisted duty as a woman following her surgery while serving in the military in 2019.

Byun was found dead at her residence earlier in March. The police found no evidence of foul play in her death.