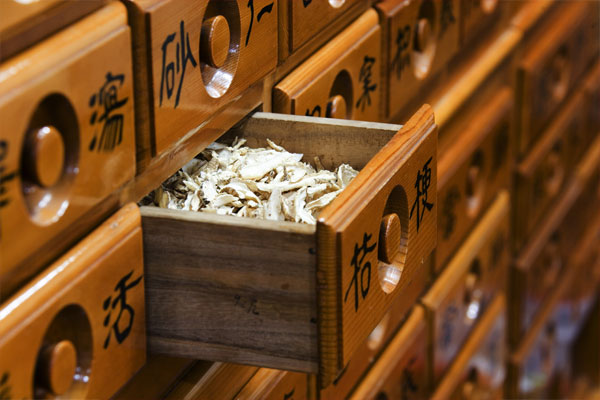 Having obtained a medical license for an Oriental medicine practitioner both in South and North Korea, Dr. Kim Ji-eun has a very unique career.

In North Korea, I graduated from the Koryo medicine department at Chongjin Medical University and worked as a physician, pediatrician and researcher. Many people might be wondering how a person who majored in Oriental medicine could serve as an internal medicine doctor and pediatrician. But that’s how the North Korean medical education system works. After coming to South Korea, I found that my academic career in North Korea was not recognized in the South. So, I attended a college of Oriental medicine and studied there for four years. And I have been practicing Oriental medicine since 2009. Relevant regulations have now changed, and those who worked as doctors, dentists and nurses in North Korea are allowed to take the state exam in South Korea without having to attend medical or nursing schools here.

There was a time when North Korea changed names of medical schools and teacher’s colleges. Similarly, Eastern medicine was renamed Koryo medicine. I imagine North Korea believed the Koryo Dynasty was the most prosperous kingdom on the Korean Peninsula. North Korea once proposed the foundation of a Democratic Federal Republic of Koryo on the peninsula. By reviving the tradition of Korean medicine and drawing attention to the flourishing Koryo period, North Korea probably wanted to give emphasis to its own Korean traditional medicine.

North Korea established the Eastern medicine department at Pyongyang Medical University in 1960. Starting with that, the country set up similar departments at medical schools in each province until the 1970s to train Eastern medicine doctors. Dr. Kim explains North Korea’s medical education system in more detail.

Many universities in South Korea have their own medical schools, while a medical school itself is a comprehensive university in North Korea. Medical universities in the North have different departments dedicated to Western medicine, Koryo medicine, dentistry and pharmacy, although there are some exceptions. In other words, there is no separate college of Oriental medicine in the North.

Until the early 1990s, medical students in North Korea took one year of a premedical course, followed by a six-year main course of study. Students of traditional medicine learn about Western medicine so extensively that they can even perform surgery. At present, medical students study for six years, completing a one-year premedical course and a subsequent five-year main course.

North Korea’s medical school curricula are also different from South Korea’s. Unlike in South Korea, there’s no state medical licensing exam in the North. Instead, North Korean medical students have to take a very difficult exit exam. They should meet some requirements even to apply for the exam. That means they may not be allowed to apply for the exam even after completing their school course.

Speaking of the requirements, they have to translate a 300-page book written in a foreign language, help with childbirth on ten different occasions as a labor assistant, carry out clinical practices for six months before graduation and submit a relevant report. Also importantly, they should complete the military medicine course.

While studying military medicine, students learn how to rescue and treat the injured in time of war. Only after completing the course of war medicine, can students prepare for the exit exam. This subject is quite difficult and boring. It teaches how to handle damage caused by nuclear or biochemical weapons. Students are supposed to take a test about how quickly a fracture patient should be transported and how to treat the patient. In the test, students actually carry a patient on a stretcher. If they reach the destination within time, they pass the exam. It may sound interesting but also challenging. If the students fail to pass the military medicine course, they cannot apply for the exit exam, even though they have completed their school course. That’s why military medicine is so important.

I remember medical students actually did military service. Wearing military uniforms, they practiced how to send wounded soldiers back to the rear and learned how to take emergency measures. Through training like that, medical students in North Korea could be sent to war zones in case of emergency. Looking back, I think the system was the result of the sad reality of national division. It’s a shame.

In South Korea, those who pass the state medical licensing exam can practice medicine. They serve their internship at designated hospitals and choose a specific branch of medicine they want. After they complete their resident course and pass the qualification exam, they become specialized medical doctors. That’s not the case in North Korea.

Doctors of traditional medicine in North Korea can also practice Western medicine, but not vice versa. I don’t know why, but that’s how the system works. After I studied Koryo medicine, I was sent to the internal medicine department. I worked as a physician for six years before being transferred to the pediatric department. In the North, doctors are not allowed to choose a specialty on their own. Rather, they are told to work at certain departments.

Under the North Korean medical system, traditional medicine and Western medicine are combined to treat patients. If a patient has indigestion, for example, the doctor gives the patient pills but also treats him or her with acupuncture or moxa cautery as well. As doctors use both traditional and Western styles of healing, Oriental medicine doctors may give patients an IV injection and prescribe antibiotics, anti-inflammatory medications and even narcotic painkillers like morphine.

Even after becoming medical doctors, North Korean doctors have to take the qualification exam on a regular basis. It is said that they are quite concerned about the exam. Dr. Kim explains why.

North Korean medical doctors are supposed to take the qualification exam every three years. If they fail to pass the exam, their medical license is revoked. Graduates from medical schools are given Grade 6. By taking the triennial qualification exam, they either maintain or raise the grade. Of course, the exam for raising the grade is more difficult than the one for maintaining the grade. If doctors get a higher grade, they can get a pay raise and promotion. That’s why doctors study hard and try their best to get a better grade.

North Korea designated April, May, September and October as the months of cultivating medicinal herbs, encouraging the people to increase herb production nationwide.

After the collapse of the Eastern Bloc and the extreme economic contraction in North Korea in the 1990s, the North found it difficult to secure medicines, for which the country relied heavily on imports. That’s all the more reason for North Korea to have focused extensively on the development of homegrown remedies. To promote herb cultivation, the country even introduced the herb law. In order to secure more medical resources, North Korea makes it mandatory for doctors and healthcare officials to collect herbs in the wild.

Basically, the Central Eastern Medicine Management Center is in charge of herb cultivation. But herbs provided by the state are far from enough. North Korea has long recommended local clinics to treat patients with herbs that they have collected on their own. But that’s not an easy job. In every spring and autumn, those who work at hospitals all have to meet their quotas of herbs, whether they are doctors or not. The policy is very strict. There’s no exception. Hospital directors, party secretaries, workers operating boilers and cooks at hospital cafeterias all forage for herbs at mountains. They collect, wash and dry herbs and submit them to do their quotas of work.

The National Institute for Korean Medicine Development and the Korea Institute for National Unification in South Korea held an academic conference late last year. Under the theme of “Tasks and prospects for promoting inter-Korean cooperation in healthcare,” participants of the conference agreed that traditional medicine is the common heritage that South and North Korea share and it is necessary to carry out bilateral exchanges consistently in order to integrate traditional medicine of both sides after unification. Dr. Kim also stresses that it is absolutely necessary for the two Koreas to conduct exchanges in the medical area, including traditional medicine.

Basically, South and North Korea share many elements of traditional medicine overall, although they may use different terms and operate different systems. A disease outbreak in North Korea isn’t a problem of North Korea alone. It could affect South Korea as well. I think it’s necessary for the two sides to come up with ideas in cooperation to improve North Korea’s medical and healthcare infrastructure. If young North Korean children grow into healthy citizens in the next decades, I’m sure it will have a positive impact on South Korea as well.

North Korea has long promoted Koryo medicine as national medicine, but experts say it is urgent to introduce some modern elements to it and verify its safety. South Korea’s Oriental medicine and North Korea’s Koryo medicine were actually derived from the same root. Bilateral exchanges in this area are expected to contribute greatly to restoring the stalled inter-Korean relations.