Cargo Truckers Returning to Work after Reaching Deal with Gov't 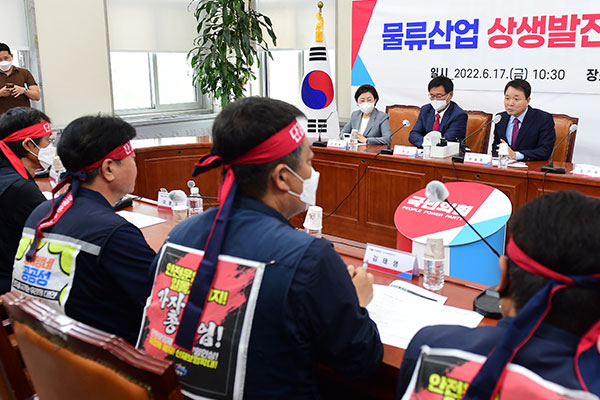 Unionized cargo truck drivers ended their strike on Wednesday after reaching a deal with the government.

According to the Ministry of Land, Infrastructure and Transport and the Cargo Truckers Solidarity, the two parties reached an agreement on Tuesday extending the Safe Trucking Freight Rates System.

They also agreed on the continuation and expansion of the fuel subsidy provision system considering a recent uptick in oil and other fuel prices, as well as a “reasonable” adjustment of shipping charges. Under the deal, partakers of the strike will return to work on Wednesday.

The Safe Trucking Freight Rates System, the extension of which was among key demands from the union, was introduced to prevent overwork, overloading and overspeeding by guaranteeing appropriate wages for cargo truckers. Introduced in the beginning of 2020, it was set to expire at the end of the year.

The ministry said that with the agreement, the system will remain in place next year or longer with discussions on follow-up measures to ensue.

The truckers’ union said an agreement was also made to continue discussions regarding a possible expansion of the scope of the system, which is currently only applied to container and cement trucks.

According to the Ministry of Trade, Industry and Energy, the strike by the 22 thousand-member union has caused well over one-point-five trillion won worth of losses to major industries such as automaking, steel, petrochemical and cement since it began on Tuesday of last week.