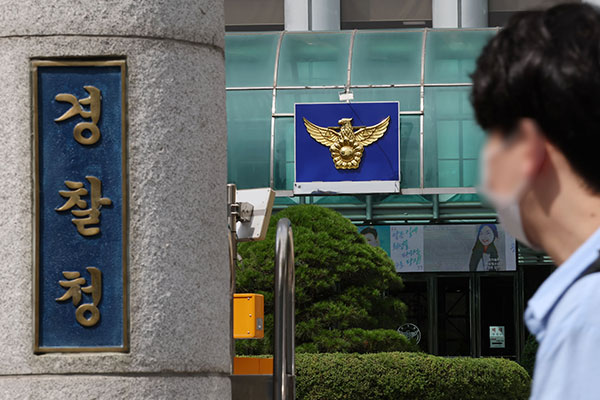 The government has passed an enforcement decree to establish a police oversight bureau under the interior ministry, despite strong protest from the police force.

The government passed the decree during a Cabinet meeting chaired by Prime Minister Han Duck-soo on Tuesday.

Under the decree, the envisioned unit will comprise 13 members.

The prime minister said the enforcement decree aims to enable the interior minister to handle the command over the National Police Agency in a more transparent and democratic manner, a responsibility previously managed by the office of the senior presidential secretary on civil affairs.

With the Cabinet passing the decree, the motion will be promulgated and put into effect on Tuesday.

The announcement came a day after Interior minister Lee Sang-min refused to comment on disciplinary action against Ryu Sam-young, a senior police superintendent who led a meeting of 50 senior police officials over the weekend to discuss protesting the planned launch of a police oversight bureau under the interior ministry.

When asked by a main opposition Democratic Party lawmaker at the National Assembly on Monday whether putting Ryu on a waitlist for reassignment was indeed a disciplinary action, the interior minister said it was hard to answer because it is beyond the scope of his duties.

Regarding his comment equating the police’s collective action to the 1979 coup d’etat, the minister explained that the comparison applied only to officers related to the meeting and not all police officers in the country.

On concerns that the establishment of an oversight bureau was intended to interfere with and control police investigations, the interior minister denied that this was the case and emphasized that concerns will be alleviated once people see what exactly the bureau does.

The remarks follow earlier statements by the minister slamming police officers taking collective action against the envisioned establishment of the ministry bureau, which some senior police officials claim would compromise their political neutrality and accountability.

On Wednesday, a general meeting of the nation’s entire police force of some 140-thousand which was set to take place on Saturday to protest the planned launch of the police oversight bureau, was canceled.

Kim Seong-jong, a senior inspector at the Seoul Gwangjin Police Station who sought to organize the meeting, posted an announcement on the police force’s internal network informing his colleagues of a “voluntary withdrawal” of the meeting.

Kim said the passage of the enforcement decree by the Cabinet the previous day confirmed the establishment of the bureau and left them with no chance to resolve the matter socially.

He said while the meeting may have provided an outlet for their anger, it could have also increased public concerns and imposed a burden on the people, ultimately turning the entire police force into the subject of social criticism.

Accusing the government of seeking reprisals over the former government’s drive to hand over the prosecution’s investigative rights to the police, Kim said he believes the National Assembly will correct the move through legislative measures.