Finance Minister: US Rate Hike to Have Limited Impact on S. Korean Market 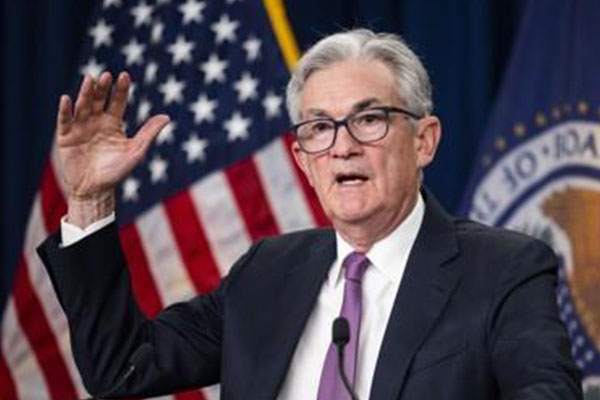 The U.S. Federal Reserve raised its key interest rate by three-quarters of a percentage point for a second straight month in an effort to cool soaring inflation.

After a meeting of the Federal Open Market Committee(FOMC) on Wednesday, the Fed said in a statement that it raised its benchmark short-term interest rate by zero-point-75 percentage points.

It marks the first time since February 2020 that the U.S. interest rate exceeds South Korea's.

The latest hike came a month after the Fed took the initial so-called "giant step," the biggest hike in 28 years since 1994 in the fight against inflation, which has steadily hit 40-year highs.

After the FOMC meeting, Federal Reserve Chairman Jerome Powell said in a press conference that another "unusually large" increase in interest rates may be appropriate at the Federal Reserve's September meeting.

Reacting to the announcement, South Korean Finance minister Choo Kyung-ho said on Thursday that the U.S. Federal Reserve's latest rate hike is expected to have a limited impact on the domestic financial market.

The minister presented the assessment in a meeting with Bank of Korea Governor Rhee Chang-yong and heads of the country's financial regulators.

Choo said the Fed's decision generally matched market expectations, and as the global financial markets responded to the rate hike smoothly overnight, the hike is expected to have a limited impact on the South Korean market.

The minister also dismissed concerns that the reversal of the interest rate gap between South Korea and the U.S. could trigger foreign capital outflows.

He said that in the previous three cases of the interest rate reversal, foreigners were net buyers of South Korean stocks, stressing that South Korea's economic fundamentals and proper responses to global economic issues have a greater impact on capital movement.