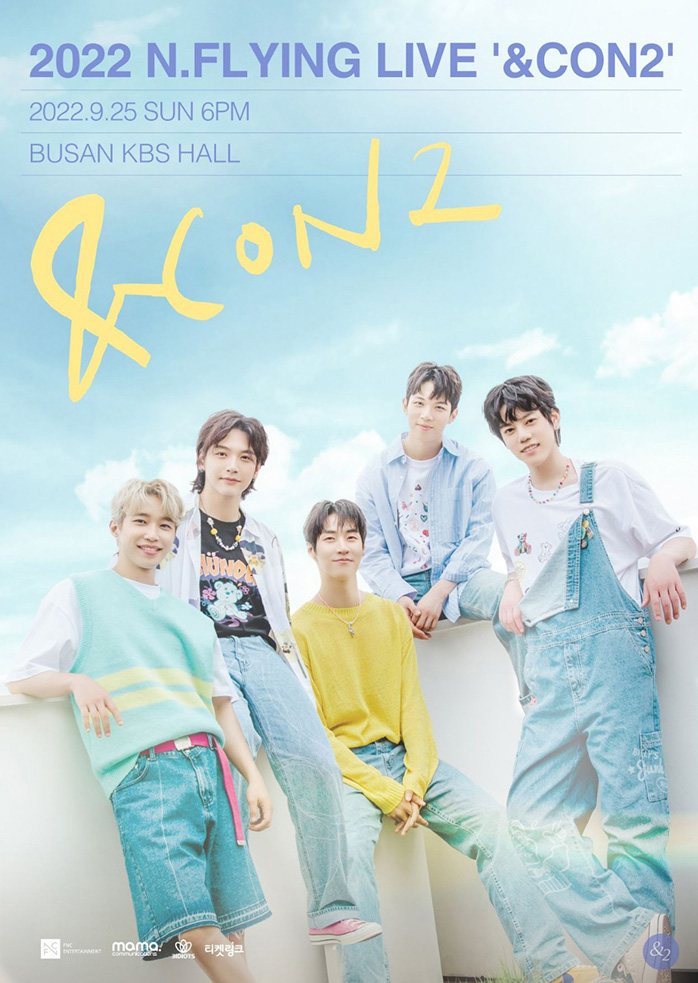 N.Flying will be continuing their 2nd solo concert, 2022 N.Flying Live “&CON2” in Busan, after holding concerts for two days in Seoul last month. The event will be full of songs that the band hasn’t been able to perform in front of a live audience as well as new songs that the band released, such as “The World is Mine” which was included in the group’s first Japanese studio album “Brotherhood” released in 2019. After the Busan event, the concert will move onto Daegu in October.