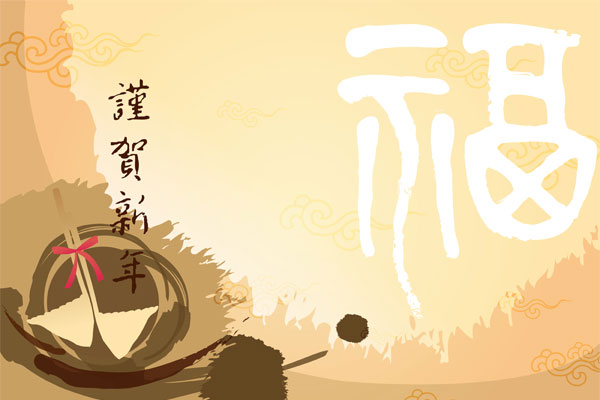 South Korea ushered in the New Year 2023 on January 1 with the traditional bell-tolling ceremony at Bosingak Pavilion in central Seoul.

North Korea reportedly hosted a variety of events to celebrate the start of the New Year, with leader Kim Jong-un attending a celebratory event at the May Day Stadium in Pyongyang. This year, North Korea replaced Kim’s New Year’s message with reports on decisions made at the plenary meeting of the Central Committee of the Workers’ Party that was held late last year. In fact, the leader has skipped his New Year’s speech since 2020.

Today, we’ll learn about how North Korea’s New Year’s message has evolved from Dr. Lee Ji-soon at the Korea Institute for National Unification.

In North Korea, the top leader’s New Year’s speech outlines a guideline for the country’s policy direction for the coming year and serves as the government’s order to be followed by citizens. In early January, North Korean media would report news about a large-scale mass rally committed to implementing policy goals laid out in the leader’s New Year’s message.

The media also introduced meetings dedicated to learning what the message is all about.

When the leader’s New Year’s speech was replaced with reports on the plenary meeting of the Workers’ Party, the media would encourage the people to carry out the tasks presented at the meeting. This year, too, the local media reported that some 100-thousand people including workers and students participated in a rally at the May Day Stadium in Pyongyang to pledge to implement the decisions made during the latest such meeting. The media said that the reports announced by the top leader during the meeting were distributed to each party unit in central and local regions, noting that people are eager to learn about them. It seems North Koreans “study” the reports, just like teaching themselves with textbooks.

In general, leaders around the world announce their New Year’s message in the beginning of the year. But in North Korea, the general public accepts their leader’s message quite differently. It’s no exaggeration to say that North Korea is the only country where people study and memorize the leader’s New Year’s address.

This is part of the New Year’s speech delivered by North Korean founder Kim Il-sung in 1994. In the speech, the former leader urges his people to struggle for the independent, peaceful reunification of the motherland. The history of North Korea’s New Year’s speech started on January 1, 1946.

At midnight on December 31, 1945, North Korea rang the Pyongyang Bell at the Taedong Gate. The bell had been made in the late Joseon era and it was never struck during the Japanese colonial period. North Korea held the bell-tolling ceremony to herald the first New Year after Korea’s liberation from colonial rule. On January 1, 1946, Kim Il-sung gave his speech titled “For the People in the Entire Country Greeting the New Year.” That’s the beginning of the country’s New Year’s message.

On New Year’s Day from 1952 to 1955, Kim Il-sung announced a congratulatory note, while chairman of the Standing Committee of the Supreme People’s Assembly Kim Du-bong delivered a New Year’s speech. That means Kim Il-sung didn’t really give a New Year’s address in the first place. During the period from 1956 to 1970, when Kim purged his political opponents amid a bitter power struggle, the New Year’s speeches and notes were announced randomly or skipped. The New Year’s address became a regular event on January 1, 1971, when it was published on the front page of the country’s official Rodong Sinmun newspaper.

In the beginning of the year, North Korean media report a New Year performance at the Mangyongdae Children’s Palace.

Following the 2022 performance titled “12 Months at Home,” this year’s show was staged at the same place under the title of “Let the Happy Song Resound Loud.” North Korea has held a New Year performance with schoolchildren since the years of Kim Il-sung. The country hosted a New Year meeting of students and teenagers at the Taedong Gate Cinema in Pyongyang in 1956. The following year, then-leader Kim Il-sung attended a similar New Year event for children and took photos.

During the Kim Il-sung era, the Rodong Sinmun newspaper would feature a portrait of Kim Il-sung with a solemn look and his New Year’s speech on its front page on January 1. On the next page, the leader appears with a bright smile on his face, holding hands with children, hugging them or receiving flowers. Clearly, he is shown as a gentle and caring father or grandfather who is delighted to see children. Photos like these make people feel that the leader is friendly and reliable. The children look happy and smile brightly when they gaze lovingly at their dear leader. It seems the people, with a positive mind, accept his one-man rule, which they believe is based on parental love.

After Kim Il-sung’s death, the tradition of the leader reading out a New Year’s message disappeared. On January 1 every year, his successor Kim Jong-il announced his New Year’s message in a joint editorial, which was carried by three major newspapers at the same time. The three newspapers represent the Workers’ Party, the army and the youth league, respectively.

The message carried by the three newspapers was read out by a newscaster on a broadcast program.

Kim Il-sung died in 1994. In the sad, somber mood, it was not appropriate to celebrate the New Year in a big way. On New Year’s Day from 1995 to 1997, the Rodong Sinmun newspaper carried a photo of Kim Il-sung smiling and a slogan saying “Our Great Supreme Leader is with us.” At the time, expressions like “New Year celebrations” were never used. And the New Year’s message was announced in the form of a joint editorial in the three-year mourning period. Even after the mourning period was over, Kim Jong-il may have felt pressured to imitate his father by delivering a verbal speech on New Year’s Day. So, the joint editorial began to carry the leader’s New Year’s message.

From 1998, the leader attended a New Year performance of the State Merited Chorus and Symphony Orchestra of the Korean People’s Army. For Kim, it became one of the important New Year events. Until his death, the leader highly valued the performance. The military chorus of the male soldiers created a majestic atmosphere and this contributed to promoting Kim’s military-first politics and his “music politics,” in which he used music for political purposes.

After Kim Jong-il died in December 2011, his son Kim Jong-un assumed the post of top leader. On January 1, 2012, the first year of Kim Jong-un’s rule, the Rodong Sinmun newspaper devoted its entire front page to sheet music of the song “The Power of Korea” and published a joint editorial on the next page. On New Year’s Day the following year, North Korea’s top leader, for the first time in 19 years, announced a verbal message that was broadcast on TV.

Kim Jong-un gave the speech himself, addressing his people directly.

Kim’s speech was broadcast on the state-run Korean Central Television. It probably evoked positive memories about the good old days for middle-aged people, who still remembered the years of Kim Il-sung. Kim Jong-un had just made his debut on the stage of politics. By borrowing an image from Kim Il-sung who had powerful charisma, Kim Jong-un could promote his presence and win over the people who might distrust the young leader.

From the year 2013, North Korea celebrated the New Year in a different way. A New Year performance, in particular, was quite unconventional. The Moranbong Band started performing on New Year’s Eve. The country rang the bell as the clock struck midnight and set the sky alight. That is, North Korea greeted the New Year in a splendid, colorful and exciting way with the new leader. The New Year’s events in such a festive mood were totally different from those in the previous Kim Jong-il era.

Year after year, Kim Jong-un has created his own unique style when announcing his New Year’s message, moving beyond the simple imitation of his grandfather Kim Il-sung. Major changes were detected in the content of his New Year’s speech, especially in 2017.

In his New Year’s speech, Kim Jong-un mentioned his predecessors far less than in the past. Rather, terms related to a nuclear test appeared, such as a hydrogen bomb, a nuclear warhead and an intercontinental ballistic rocket.

In the most unusual part, the leader made comments that seemed to criticize himself. He said he spent the past year feeling bad and blaming himself for being unable to serve his people well.

Not only the content, but the format of Kim Jong-un’s New Year’s speech was conspicuously different from the past.

From 2013, Kim Jong-un announced his New Year’s address, clad in his traditional Mao-style suit. From 2014 to 2016, Kim appeared on TV only when greeting the audience, and the scenes of the Workers’ Party building were shown while he read out the message. In 2017 and 2018, he wore a Western-style suit paired with a necktie. In 2019, he delivered his address from a sofa in his office at the Workers’ Party headquarters, in contrast to his previous practice of standing on a platform and giving the speech. The TV also showed Kim walking down the hallways and stairs to move to his office.

Kim Jong-un revived his grandfather’s annual political ritual of giving a verbal speech and his Mao-suit shows that he inherited the tradition of his predecessors. His new attempts, like a Western-style suit and the announcement of the New Year’s message sitting in the office, indicate that he is confident in showing himself as the leader of a normal state, not a closed country, and in promoting the presence of his country on the international stage.

Under Kim Jong-un’s rule, a New Year performance has seen the biggest change in New Year’s celebrations. This year, North Korean media said a magnificent show was held to celebrate the New Year, with the spectators enthusiastically supporting it. In the current Kim Jong-un era, North Korea holds New Year’s events in the form of a festival.

Since 2019, North Korea has ushered in the New Year with a splendid fireworks display and a light show featuring hundreds of drones in the night sky to create visual spectacle, as if demonstrating that it is a civilized socialist nation. New Year’s events in the Kim Jong-un era are characterized by a New Year’s performance at the public square, a countdown to the New Year, a bell-ringing ceremony where the bell is struck 12 times, a fireworks display and a drone show. A large crowd gathers round at the Kim Il-sung Square and welcomes the New Year with applause and cheering. Many take photos with their smartphone cameras and the scenes are broadcast live on TV.

In the past, only a small number of people who had been invited beforehand used to watch indoor concerts, sitting in an orderly fashion, while pre-recorded videos were released on New Year’s Day. But these days, anyone can go to a New Year’s concert at the square and people greet the New Year in a pleasant way. These are some of the noticeable changes in New Year’s celebrations in the Kim Jong-un era.

Kim Jong-un read out his New Year’s message from 2013 to 2019. But in 2020, 2022 and this year, the North replaced the leader’s message with reports on decisions made at the plenary session of the Worker’s Party. In 2021, Kim’s hand-written New Year’s note was published on the Rodong Sinmun newspaper.

Analysts say that the changes show North Korea is moving to turn back to a party-centered state system. It remains to be seen whether North Korea will continue to announce the New Year’s message in this way.