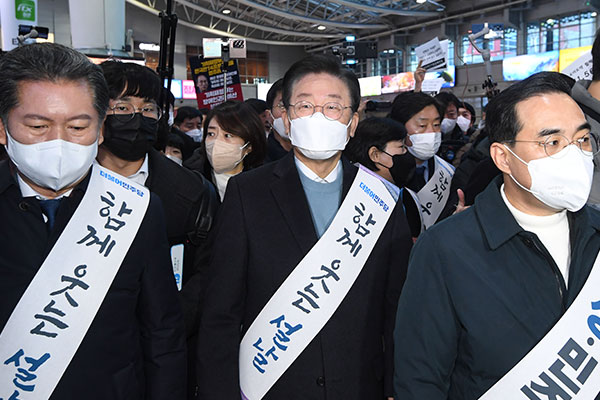 Main opposition Democratic Party Chairman Lee Jae-myung says he is going to appear for the prosecution’s questioning in the investigation into the so-called "Daejang-dong scandal" next week.

Speaking to reporters on Wednesday, Lee said he will appear for the questioning on Saturday, January 28, claiming that he has to work on weekdays.

The DP chief argued that the Korean people are watching the politically-motivated prosecution, who he said "creates and covers up crimes for their benefit."

While denying his involvement in the land-development scandal, he emphasized that history will be the judge of the prosecution's ongoing investigation against him.

The main opposition leader is alleged to have helped an asset management company join a land development project in Seongnam, just South of Seoul, while serving as the city's mayor.