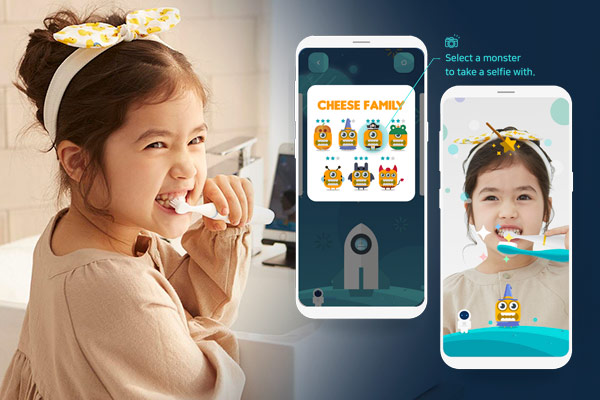 I worked at Samsung Electronics for about four years. My job had to do with healthcare, like analyzing data from health-related mobile apps. Whilst there, I took advantage of an in-house venture nurturing program that supports employees with some innovative ideas to carry out a project for a year and gauges the project’s marketability.

My project was selected for the startup incubator program. Through investment from Samsung, I was able to launch my own startup in 2017 along with other members who joined the project. Four people started the company, and now there are 20 employees.

Choi studied applied mathematics as an undergraduate and received a masters in neuroscience and a doctorate in electrical engineering. He entered Samsung Electronics in 2013. After a few years of healthcare-related work, he applied for the company’s in-house incubation program in 2016 in the hopes of starting his own business. At the time, he came up with an app service that helps children brush their teeth. The project drew a positive response from the company, and he founded Kitten Planet the following year as a spin-off from Samsung Electronics. At his own company, Choi developed an innovative product that applied augmented reality or AR technology to dental hygiene in a way that had never been done before.

Educational programs about dental hygiene mostly consisted of YouTube videos or popular animated characters brushing their teeth. We thought those indirect education methods to be rather ineffective. We wanted a new service that could be understood by children more easily. After much thought, we decided to use AR technology.

Rather than just showing videos to children, our education app uses the smartphone as a mirror that directly shows children how to brush their teeth accurately. For kids, it’s like a magic mirror, as they can brush their teeth by following an AR toothbrush displayed on their faces in the mirror in real time.

Young users can also enjoy the app’s fun features much like a game. When they finish brushing, the app shows which teeth they did or did not brush properly. Parents and dentists can use the data the app collects to encourage children to manage their dental health more independently and appropriately.

Many parents struggle to get their children to brush their teeth. It is said that children don’t like to brush their teeth because they are sensitive to oral stimulation and dislike the smell of toothpaste. Indeed, it is pretty common to see parents fighting with their kids over teeth brushing.

Choi paid attention to this while working at Samsung Electronics. After establishing his company, he created a new kind of education app for teeth brushing called “Brush Monster.” The AR brushing education kit stimulates children’s curiosity with an intriguing story that they can rescue their character friends who are held by an antagonist called Green Mold by properly brushing their teeth.

When the app is activated, the user’s face appears on the screen of the smartphone. Then, an AR toothbrush, displayed on the user’s face, shows where and how to brush. A smart toothbrush interfaces with the app via Bluetooth, and has motion sensors capable of tracking brushing motions and even offers motivational phrases such as “Great!” or “You’re doing a really good job!”

The app shows children how to rinse their mouth and instructs them to put their toothbrush and cup back in place. After brushing is over, the app provides a dental report so parents can see if their kids brushed their teeth correctly. Upon its release, the AR tooth brushing kit attracted immediate attention. 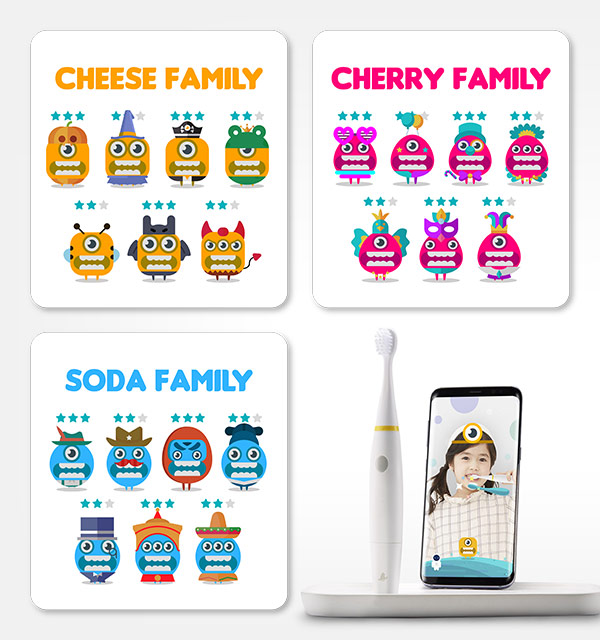 We launched the beta version of the app in October 2017. Previously, some 200 brushing apps for kids were available in the Apple App Store and the Google Play Store. A timer app, for example, measures the time taken for brushing, while other apps are designed to play videos showing Disney characters encouraging children to brush their teeth. But there was no product using AR technology like ours. Probably for its unique and interesting features, Brush Monster quickly occupied the top spot in the market in terms of brushing apps for children, and it has retained the position ever since.

The key to Kitten Planet’s success is that the company created its product from a child’s point of view and encourages independent thinking and good oral hygiene habits in a fun and effective way. Moreover, the smart toothbrush is light in weight to allow children to easily brush their teeth for the recommended amount of time. Above all, the augmented reality aspect fascinates young kids, clearly distinguishing the app from its mostly text- or video-based alternatives.

As Choi explained, the app is the number one global brushing app for kids, an achievement it reached only one month after its launch. On the back of this encouraging result, Kitten Planet is aggressively pursuing overseas markets.

Having achieved remarkable growth for the last two years, Kitten Planet sees even more opportunities in the future.

Our ultimate goal is to help as many people as we can take good care of their oral health so they will not suffer from a toothache or other dental problems. Treatment is important, of course, but much focus is being paid to prevention these days. In this vein, our services, including Brush Monster, can be connected with prevention education programs overseen by dentists.

For Kitten Planet, the world’s first AR tooth brushing education app is just the beginning. Now, it aims to develop dental care services tailored to different life stages, with a better and brighter future in mind.