A New Wave of Traditional Musicians 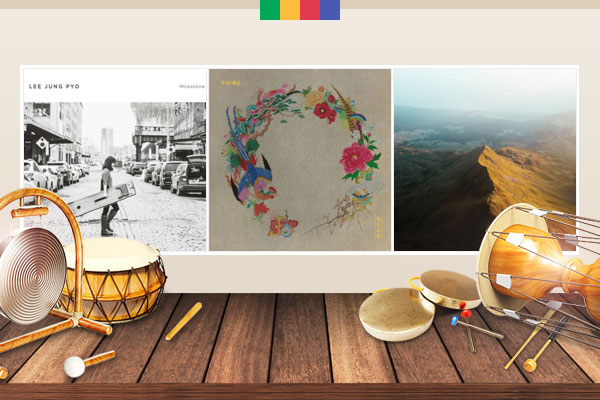 It has been a while since Koreans realized that Korean culture and products suited Koreans best. Nowadays, countless people agree that Korean traditional culture can now stand shoulder to shoulder with other cultures from around the world, even ones from the West. But not many people can describe precisely how Korean culture differs from others and what distinguishes Korean traditional arts. Korean traditional musicians, therefore, have long struggled to share good music with the public and develop traditional music to suit today’s young palates. The first piece we’re going to listen in this episode is a newly released version of “Hymn of Death” sung by Lee Jeong-pyo(이정표).

The young traditional musician Lee Jeong-pyo(이정표) played the gayageum(가야금) and sang this version of “Hymn of Death.” The first thing that comes to the minds of Koreans when they hear “Hymn of Death,” also known as “In Praise of Death,” is a female vocalist named Yun Sim-deok(윤심덕). She was Korea’s first professional soprano, but was better known for committing suicide by jumping off a passenger ship en route from Japan to Korea with her married lover, Kim Woo-jin(김우진). “The Hymn of Death” is set to the tune of a waltz piece titled “The Waves of the Danube” with the lyrics written by Yun herself.

Oh, life that races across the boundless wilderness,

Where are you headed?

In this desolate and frightening world,

What are you searching for?

Yun Sim-deok(윤심덕) recorded this song in Japan just prior to her suicide. The shocking news of her death prompted the album to sell more than 100,000 copies. It was an astronomical number of album sales at that time. Musician Lee Jeong-pyo(이정표) selected 12 songs that were popular during the Japanese colonial period and adapted them to release an album titled “Gyeongseong(경성) Salon.” The songs in this album, including Lee Nan-young’s(이난영) “Tears of Mokpo(목포)” and “The Ruins of Hwangseong(황성)” by Lee Aerisu(이애리수), were reborn with a modern twist while maintaining their old, familiar sentiments. The next piece is titled “Woljeongmyeong(월정명)” composed by the traditional singer Ha Yun-ju(하윤주) and the crossover band Second Moon.

Second Moon is a well-known ethnic fusion band that re-interprets European folksongs and many other musical genres to create western-inspired instrument music pieces with a Korean flavor. When the band took part in the Yeowoorak(여우락) Festival in 2014, it attempted to incorporate pansori(판소리), a distinctly Korean narrative music, into their musical repertoire. Moreover, in 2015, the band invited pansori(판소리) singers Kim Jun-su(김준수) and Ko Yeong-yeol(고영열) to release an album titled “Pansori Chunghyangga(춘향가).” This risky venture brought the band the honor of winning the best jazz and crossover album award at the 14th Korean Music Awards. Just last year the band joined hands with the young traditional singer Song So-hee(송소희) to release modern folk songs and this year they released an album called “Traveling around the Eight Provinces” which features sijo(시조), pansori(판소리), and traditional folk songs. Second Moon has placed its focus on Korean music after fully exploring music from other parts of the world. Now the last piece for today’s episode is “Onda(온다)” or “Coming” by the rock band Jambinai(잠비나이). The trio was launched in 2010 with Lee Il-woo(이일우) the electric guitarist and piri(피리) player, Kim Bo-mi(김보미) the haegeum(해금) player, and Sim Eun-yong(심은용) on the geomungo(거문고). Since then, guest drummers and bass guitarists have joined the three artists.

Jambinai’s(잠비나이) music is often described as metal gugak(국악), an unlikely musical merger that the younger generation finds new and intriguing. Let’s wrap up this week’s episode with the title track, “Onda(온다),” from their latest album.