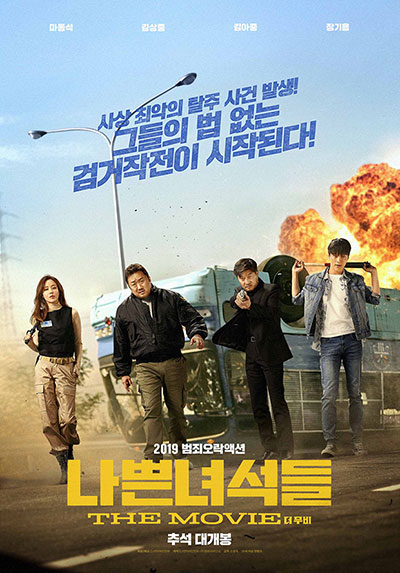 The action film starring Ma Dong-suk or Don Lee has topped the South Korean box office during the Chuseok, or fall harvest, holidays.

With three homegrown movies: The Bad Guys: Reign of Chaos, Tazza: One Eyed Jack and Cheer Up, Mr. Lee, simultaneously hitting theaters on the eve of the four-day holidays, there was much curiosity as to which film will come out on top. This comes as Chuseok is regarded as one of the most lucrative periods for cinema in South Korea.

The Bad Guys, which stars Ma Dong-suk, was the winner, selling 2.41 milion tickets during the holiday from Thursday to Sunday.