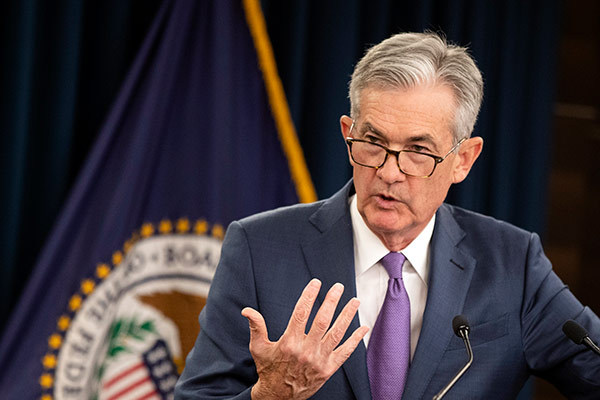 The eyes of the world are on the U.S. Federal Reserve, which will make a decision on its benchmark interest rate this week. Attention is being drawn to whether the U.S. central bank will cut the key policy rate yet again amid rising concerns over an economic recession and the ongoing trade war between the U.S. and China. Today we’ll discuss the prospects of the Fed’s rate decision with Kim Dae-ho, director of the Global Economic Research Institute.

The Federal Reserve will convene its regular Federal Open Market Committee or FOMC meeting on September 17th and 18th. As we know, the FOMC makes key decisions about interest rates. The Fed cut its benchmark interest rate by 0.25 percentage points on July 31st. It was a small adjustment, compared to market expectations for a 0.50 percentage point reduction.

The entire world is keeping a close watch on the possibility of another rate cut this month, as the Fed’s rate decision will greatly influence not only the American economy but the global economy as well.

The rate reduction in July was the U.S.’s first interest rate cut in over a decade since the 2008 global financial crisis, signaling the end of the monetary policy normalization that lasted since the end of 2015. In July, the Fed hinted at the possibility of an additional rate reduction but made it clear that it was not the beginning of a long series of rate cuts.

Earlier this month, Federal Reserve Chair Jerome Powell denied the possibility of the U.S. entering a recession. But he reaffirmed the Fed’s previous position that it will act appropriately to keep the U.S. economy growing. His remarks are widely seen as a sign that the Fed is likely to lower its rate again.

At the Chicago Mercantile Exchange, futures are traded based on projections for interest rate adjustments. An analysis of the futures trading shows that a whopping majority of 90 percent of investors expect that the Fed’s rate will be shaved by more than a quarter of a percentage point. As for the reasons for the prediction, they explain that the U.S. economy is worse than they thought and a recent index shows that the U.S. manufacturing sector has shrunken for the first time in three years. They also cite the fact that consumer prices in the U.S. remain below the Fed’s inflation target. Judging from macroeconomic indexes at least, they are expecting a rate cut.

Markets expect the policy rate will be cut by 25 basis points this month, with the Wall Street Journal offering the same projection.

The global economy is showing signs of a recession in the aftermath of the U.S.-China trade dispute, but it is hard to conclude that the economy in a recession right now. Based on this assessment, the U.S. Fed may choose a baby-step interest rate cut rather than a huge one to simply show its monetary policy direction to the global economy.

The Fed’s rate decision will affect monetary policies of many other countries. When the U.S. key interest rate is lowered, the U.S. dollar may see its value decline. A weaker dollar trend will make other major currencies like the yen and the euro stronger. With the global economy slowing, a rate cut in the U.S. will prompt other countries to follow suit one after another.

A number of countries including New Zealand, India and Thailand have also been slashing their own base interest rates. Growing uncertainties stemming from the U.S.-China trade row, the sluggish economy in China, which has functioned as the engine of the global economy and the drawn-out economic slowdown in Europe are accelerating the general global shift to monetary easing.

Global trade has contracted drastically due to the U.S.-China trade conflict and various unfavorable trade factors. To make matters worse, economic growth rates are falling around the world. Many agree that it is necessary to cut interest rates to reinvigorate the global economy which is losing steam.

Apart from the trade war between the world’s two largest economies, some countries are engaging in a currency war. A trade war breaks out when countries seek to export more products but import fewer goods. In the process, they may deliberately lower the value of their currencies in a bid to export more goods.

However, as the economy worsened, the Fed shifted again to a rate reduction. The Bank of Korea also made a surprise decision to cut its own interest rate in July.

Against this backdrop, an additional rate cut in the U.S. may induce the central bank in Korea to lower the rate again in October and next year. If that happens, Korea’s policy rate could fall below one percent for the first time. Mr. Kim says that the rate reduction in the U.S. may influence the Korean economy favorably.

Interest rate cuts mean that businesses feel less burdened with paying interest on their loans and may therefore increase production without borrowing more money. Lower interest rates will especially benefit companies that already have high levels of debt, contributing to stimulating the global economy in some way. In this sense, interest rate reductions could be good news for the Korean economy, which depends heavily on external trade.

Of course, it’s hard to say that lower interest rates will lead to a boost in the economy. If the economy is in bad shape, even rate cuts will not stimulate investment.

Still, if the U.S. reduces its interest rate in the current situation, the global economy may possibly overcome some looming economic woes including low growth. The U.S. Fed’s rate decision this week is expected to determine the future of the global economy.