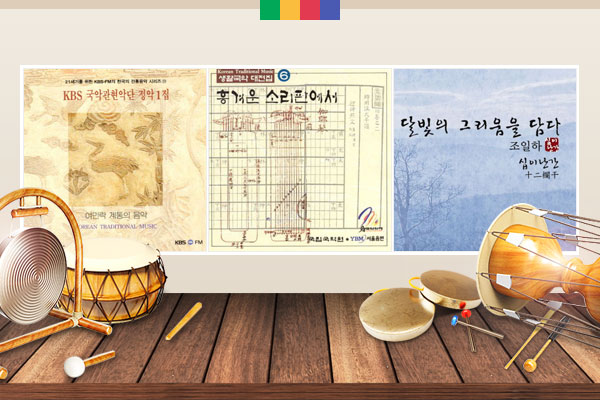 A Chinese king during the Warring States period had this question for the famed Chinese philosopher Mencius. “I like music, not the courtly traditional one, but today’s secular music. Am I strange?” The king must have thought his people would think lightly of him if they found out he liked the same kind of music they did. The Confucian scholar answered, “When the people find out that you enjoy the same kind of music they like, yet you leave their lives in hardship and despair, they will think that you don’t share their joy and pain.” What Mencius was trying to say was that if he wanted to be a good king, he should not care about the kind of music he likes, but should care about how to enjoy it with other people. The solution to the king’s concern could be found in the people, which gave rise to the term, “Yeomindongrak(여민동락),” which means “sharing the joy with ordinary people.” Among the music pieces composed by King Sejong(세종), there is an opus titled “Yeominrak(여민동락).” This composition is comprised of four different types of music. Here’s one called “Man” performed by the KBS Traditional Music Orchestra.

King Sejong(세종) invented the Korean alphabet Hangeul(한글) after seeing how his people had a hard time learning Chinese characters since the Korean language differed from Chinese. Consequently, commoners could not write to government agencies about their grievances.

Sejong(세종) was frustrated seeing his people unable to communicate their problems to authorities. It motivated the benevolent and bright king to invent a new writing system simple enough for even commoners. Using the new alphabet, the king ordered his scholars to write “Yongbieocheonga(용비어천가)” or “Songs of the Dragons Flying to Heaven,” an epic poem about how the dynasty of Joseon(조선) was founded. The poem aimed to show future kings the immense responsibility of running the country that was built after much turmoil. Afterward, King Sejong(세종) set the poem to a tune, which eventually turned into “Yeominrak(여민락).” Nowadays “Yeominrak(여민락)” comes in four different types of music – “Yeominrak(여민락),” “Yeominrak(여민락) Man,” “Yeominrak(여민락) Yeong(영),” and “Haeryeong(해령).” Among them, “Yeominrak(여민락) Man” is said to be the oldest. Next we’re going to hear a folk song from the western region titled “Duipuri(뒷풀이)” which is about the sadness of saying goodbye in Hangeul(한글) by ordinary people. This piece is sung by the Folk Music Group of the National Gugak(구각) Center.

Before Hangeul(한글) was created, only noblemen and middle-class people knew how to read and write. The number of literate people accounted for only a small percentage of the whole population. But with the creation of Hangeul(한글), anyone who was interested could write down their thoughts. The many poems about people’s frank thoughts and their ordinary lives written in the late Joseon(조선) period can be attributed to the dissemination of Hangeul(한글). One such poem was “Making a Window.” This folk song talks about how nice it would be if one could make a window in their heart to let out resentment and pain. Several types of windows and doors are featured in the song, such as a “gomojangji(고모장지),” which was a small door leading to an attic, or “deuljangji(들장지),” a door you lift up to open, or yeojangji(여장지), a sliding door. The song also features a traditional lock called “doljjeogwi(돌쩌귀),” which is fastened by putting a stick through a round latch. These different terms referring to windows and doors may sound unfamiliar to people living in today’s world, but it is nice to see that these little-known words are not entirely lost, but have been passed down in Hangeul(한글) songs.