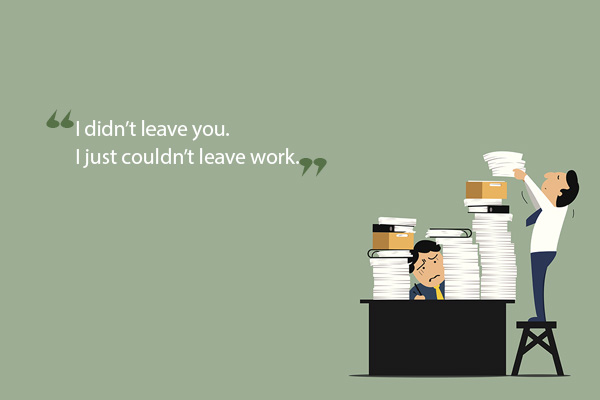 Cheon Myeong-kwan’s “Leaving Work,” published in 2014, is set in the near future. Prices are soaring and people are losing jobs with the unemployment rate reaching 90%.

“You are still young and healthy. Why can’t you get a job?”

It has been more than ten years since the unemployment rate hit 90%. Finding a job has become a dream as ludicrous as a belief that good people go to heaven after they die.

But coordinators still badgered the jobless people as if they were responsible for the situation.

The man’s father disappeared when the man turned 10 years old. He simply left home, leaving behind his wife and his two children. Mother said he had fallen for another woman. The man had a miserable life since then.

The man asked his father the question he has been keeping in his heart all these years.

“Leave you? Who told you that?”

“Mom. She said you left us for another woman.”

“That damn woman told you that?”

The man remembered then how his parents used to fight.

“That’s a misunderstanding. You of all people should know that.”

"But then why didn’t you come visit us even once? Do you know that Mi-suk died? Where were you when she died without getting even a single treatment because we didn’t have any money? Why didn’t you call us?”

“I’m sorry. I have no excuse for not being there for Mi-suk but me leaving you guys for a woman is totally wrong. I never left you.”

Father’s voice was tinged with sadness.

“I didn’t leave you. I just couldn’t leave work.”

Not being able to get off work means long working hours. The author wanted to mock long working hours in Korea by putting the father character in a situation where he’s kept working all those years. On the other hand, the son is at the other end of the employment spectrum where he couldn’t find a job and couldn’t raise his child properly. These two extreme situations were created as a satirical mechanism.

Won the Young Writer’s Award at the 7th Gusang Literature Awards in 2015, etc.