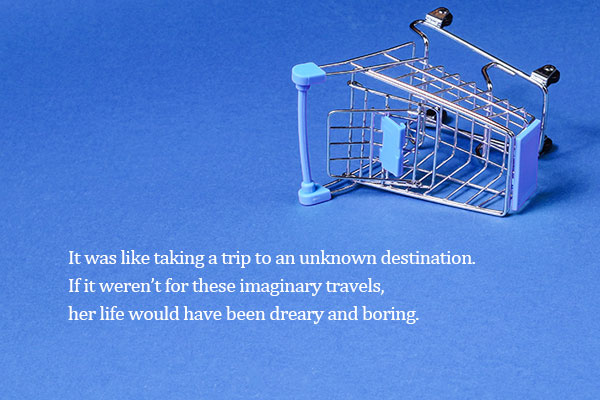 Late at night cars were racing down empty roads. Ji-young was on her way to the supermarket. The market was staying open later and later ever since she moved here, as if it had predicted that she would eventually be yearning for nighttime outings.

This consumer city resembling a huge blast furnace would have met all the needs even if it had to stretch a day to 25 hours.

Pyo Myeong-hui’s “Do You Like Shopping” was published in 2011. The story starts with the main character, Ji-young, going grocery shopping in the middle of the night. Time was why Ji-young started taking things from other people’s shopping carts.

The events that occurred last year were played inside Ji-young’s head. It was like visiting neighbors through their shopping carts.

She coincidentally came across Il-ju’s groceries more often than any other people’s, but she chose different carts every time. That led to different meal plans and gave her great joy.

She felt as if she was invited to someone else’s dinner all the time. Invitations came from a newlywed couple, a four-member family, a large household comprised of three generations, or an old woman living alone.

It was like taking a trip to an unknown destination. If it weren’t for these imaginary travels, her life would have been dreary and boring.