Folksongs from the western provinces 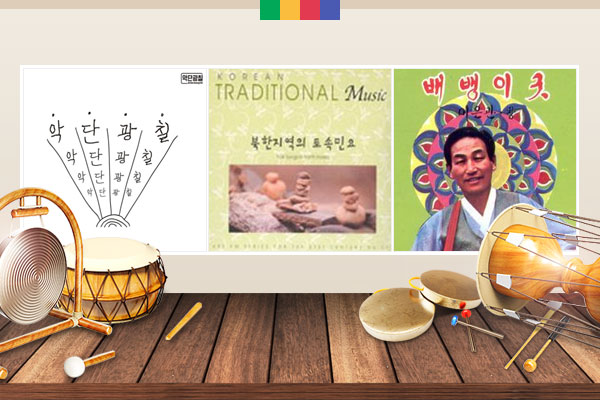 Folksongs feature different characteristics depending on the regions they originate from. Korean folksongs are classified into five main categories – Gyeonggi folksongs, southern folksongs, eastern folksongs, Jeju folksongs and western folksongs. Gyeonggi folksongs refer to those sung in Seoul and Gyeonggi-do경기도 Province, while the southern folksongs include the ones in the Jeolla-do전라도 region and the eastern folksongs in the Gyeongsang-do경상도, Gangwon-do강원도 and as far as the Hamgyeong-do함경도 regions. Western folksongs are from the Pyeongan평안 and Hwanghae황해 areas, which are unfamiliar to South Koreans, as those provinces have belonged to North Korea since the peninsula’s division. Yet western folksongs are quite familiar to South Koreans since there are still many South Korean traditional singers who have preserved this musical heritage. The first song we’re going to hear in this episode is “We Invite You” by Akdan Gwangchil악단광칠. Founded in 2015, the 70th anniversary of Korea’s independence, Akdan Gwangchil performs many interesting and youthful pieces that are inspired by Hwanghae-do music. “We Invite You” is based on shamanistic ceremonial music performed in Hwanghae-do region.

When he graduated from primary school, he went to Pyongyang to study vocals without telling his parents. He also excelled in playing wind instruments and often played for shaman priestesses’ rituals. He fled to South Korea during the Korean War and built his music career thereafter. He left many valuable works when KBS radio released an album containing folksongs from North Korea. “The Bellows Song” we’re going to hear today is one of the tracks featured in that album. A bellows is a device used to create an air current. It is used to sift grain from chaff or to stoke fire in the forge. Let’s listen to “The Bellow Song” from Hwanghae-do Province sung by master singer Kim Gyeong-bok.

Next up is “Baebaengi-ghut배뱅이굿,” a shaman song for a girl named Baebaengi. “Baebaengi-ghut” is performed by a single artist, much like a pansori piece. One of the most well-known “Baebaengi-ghut” singers is Lee Eun-kwan, whose performance has left deep impressions on anyone who has seen it. The story involves a girl by the name of Baebaenggi, who died young and her parents who longed to talk to her spirit one last time. Her parents summoned all the famous shamans from all across the country and hosted a massive shamanistic ceremony. In the end, a scam artist cons them out of their money by pretending to call the spirit of their daughter from the beyond. But the con artist wasn’t entirely useless and immoral, as a fake shaman can sometimes be more empathetic than real ones. While pretending to have summoned the spirit of Baebaengi to the ceremony, the con artist cried with the parents, comforted them, and truly helped bring closure to their loss. This week’s Sounds of Korea will conclude with several master singers performing a passage from “Baebaengi-ghut” in which the shaman priests from all over the country perform the ritual together. This traditional opera version of “Baebaengi-ghut” is performed by Lee Eun-kwan, Ji Gwan-pal, Yun Iljihong, and Ji Yeon-hwa.