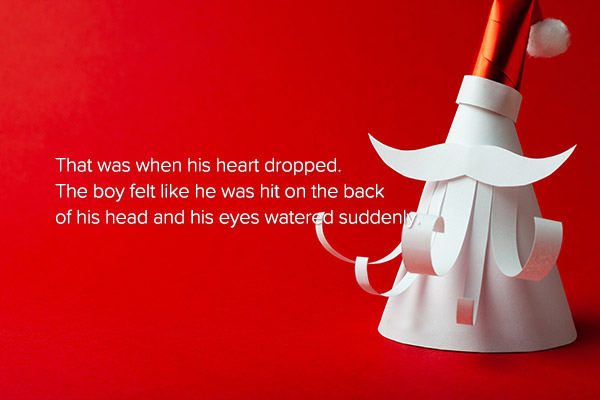 Ha Geun-chan’s “White Paper Beard,” published in 1959, is a story of a boy named Dong-gil, who lived in a rural village right after the end of the Korean War.

Something was not right with his father. Dong-gil’s eyes widened and he stood there with his mouth agape. The boy lifted up one of his father’s sleeves with a shaking hand. Nothing. There was nothing there.

“Mom! Dad has lost an arm! One of his arms is missing!”

Sighing, his mother went into the kitchen with a flour dough to make lunch.

This story deals with the war and ensuing pains, but the overall tone isn’t all miserable, because it shows these people’s resilience and vitality as they face up to the dismal reality. Dong-gil’s father used to be a carpenter. But after losing one of his arms, there must not have been that many jobs that he could do in the post-war society. He got a job as a theater advertiser, but he must have found it daunting to put on a funny makeup and draw customers to the theater. He ended up laughing and crying, conflicted in two different emotions of joy and despair that came from getting a new job and doing something so unfamiliar and silly.

“Oh, the man with dual pistols! Tonight’s moving picture is about a man with two pistols! Come and see the man, everyone!”

Dong-gil’s eyes met those of that weird guy. That was when his heart dropped. The boy felt like he was hit on the back of his head and his eyes watered suddenly. This was ridiculous. That weird guy was his father.

Dong-gil’s father appeared embarrassed when he spotted his son. He quickly turned away.

Dong-gil felt the tip of his nose sting again and his vision blurred from the tears.

: Debuted by publishing short story “The Suffering of Two Generations” on Hankook Ilbo in 1957