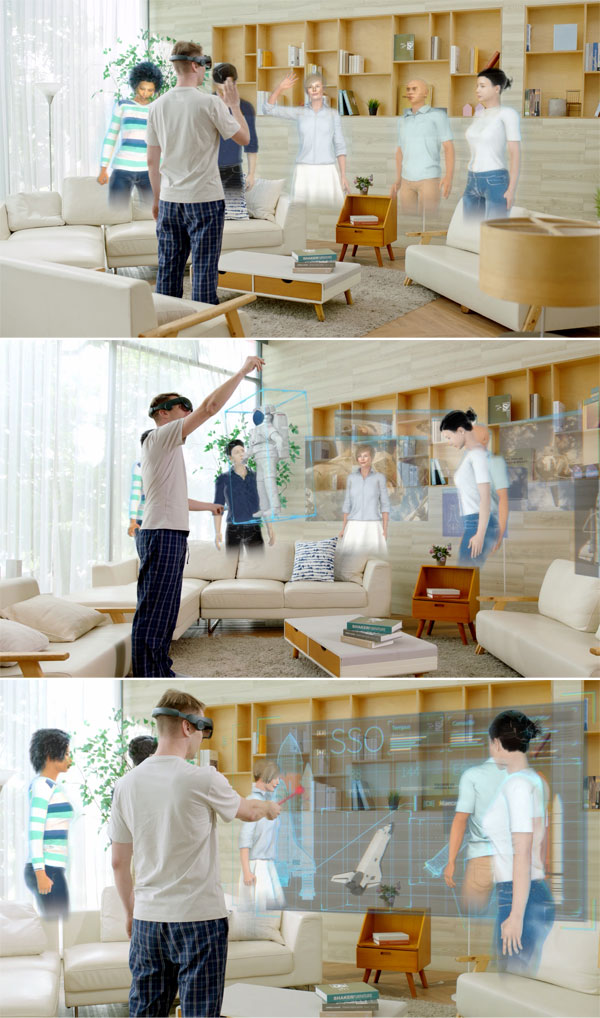 I directed projects related to digital broadcasting and video products at British and American firms for over ten years before starting my own business in the hopes of developing and exporting software products.

People once enjoyed IPTV or cable TV content on the television screen but gradually went mobile. I anticipated the arrival of a new era, where people would enjoy video and broadcast content through VR devices.

With this new market in mind, I created Salin. I thought it would be nice if people in different places can watch and enjoy content together at the same time. My company developed a relevant service, which has seen great demand amid the COVID-19 pandemic.

Kim watched how digital cable broadcasting and Internet protocol television or IPTV evolved in Korea. He witnessed the transition from TV to mobile devices, from the set-top box to Internet-based over-the-top services, in terms of the way of consuming media content. In the process, he found growth potential in virtual reality or VR broadcast solutions for two-way interactions. He began to develop a relevant solution that would enable consumers to watch content through VR or AR devices. Taking a step further, his company is working on a solution that would allow multiple users to engage in the same activities in 3D online space. Simply put, the solution makes users feel as if they have a meeting or are watching a sports event together, even though they are actually far apart from each other.

The pandemic has facilitated the use of video conferences in schools and companies. Participants of a video conference feel closer to each other, compared to when they talk over the phone, as the conference shows their faces. Yet, they still feel they are apart from each other. Also, it is said that video meetings are more draining than in-person ones. Our service provides a more immersive experience to users than video conferences. We’re working to develop technology further so users of our service can feel less distant from one another, but also find the virtual space more immersive and interactive.

Salin has developed its signature service called Epic Live, which is an immersive media platform. As the next-generation media, immersive media seek to reproduce environments as realistic as possible by delivering far more vivid and immersive experiences than current media.

Epic Live enables media service operators to offer live ultra high definition broadcast of concerts or sporting events from various angles so viewers can feel as though they were actually there. In recognition of its technology, Salin became one of the winners of the prestigious SoftBank Innovation Program in Japan in 2018.

Our service can activate within the 5G network. It can synchronize data between an app and our server. This is our strength and we’ve secured a patent for this technology. Some companies in Korea provide a similar feature. But Salin is the only Korean firm to collaborate with providers of education or other services by offering them our software development kit.

Salin is actively exploring overseas markets. Last year, the company launched its service in Japan and also signed a contract with a Thai firm. Salin suffered difficulties due to the COVID-19 pandemic, like many other companies, but it turned out that the crisis proved to be an opportunity.

When we developed non-face-to-face or remote access solutions, we didn’t expect such a devastating pandemic. When the entire world was hit by COVID-19 early last year, we couldn’t sign contracts with companies in Saudi Arabia, Brazil and Spain because they stopped their business operations. But the prolonged pandemic saw growing demand for various businesses including online learning and contactless services that take advantage of our technology. While we had a rough time in the first half of last year, we have benefited from the new demand.

Having overcome the crisis, Salin has taken another leap forward. This month, it was able to develop a key engine used to build extended reality or XR environments. Previously, Salin depended mostly on technology developed by North American or European firms.

But the company found the foreign engine rather inconvenient, since it was not compatible with domestic environments. Now that the system has been developed locally, it is more convenient to use. The company has also added real-time communication features such as voice and text chat to the new system.

Moving beyond the development and provision of its own engine, Salin is determined to be fully committed to technological development and innovation with the goal of prompting Korean-made XR solutions to lead the global market. And the company hopes to achieve that goal together with its workers.

The company should produce results and pay wages to its workers, including myself, so they can keep their livelihoods. This is the most important part. If employees come up with their own creative idea, they may start a new business in the form of a spin-off. We always tell our new employees that they should work hard here but they may prepare to go to a better company, if they think it’s necessary, and return to Salin if they want. We hope to continue to help our employees grow and ensure that they can work until they are 70 years old at this company, as long as they want, so the company can be recognized as a great place to work. This is Salin’s goal.

As the pandemic wears on, contact-free services have become common. Salin predicts that the VR market will follow suit. The company is working hard to grow as an immersive service platform provider representing Asia and to lead the market for immersive services, which will be part of our daily lives before long.