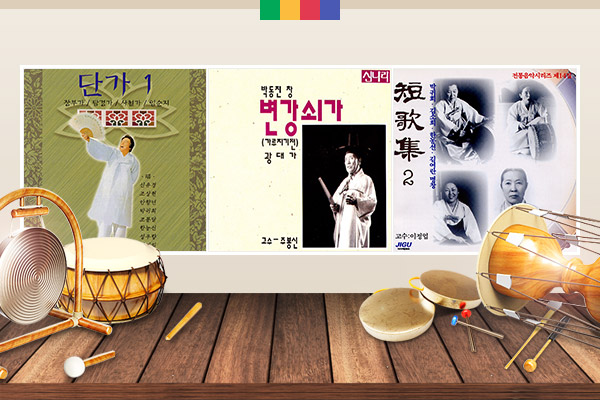 Danga “A Song of Four Seasons” likens a person’s life to the four seasons. The song begins with flowers blooming all over the mountains to signal the coming of the spring. This good tiding is welcomed by all except for old people who resents how fast time flies. It is often said that the speed of time correlates with age. That means the older you get, the fast time flies. Don’t you remember how time seemed to go ever so slowly when you were young, but once you pass a certain point in your life, time seems to rush by you in an instant? “A Song of Four Seasons” tells you to enjoy the time you have with loved ones as best as you can. Even if an individual lives for 80 years, there isn’t much time left solely for your pleasure if you take out the time for sleeping, being sick, working or worrying. Here’s master singer Jo Sang-hyeon singing danga “A Song of Four Seasons.”

A Song of Four Seasons / Sung by Jo Sang-hyeon

Danga means a short song. It was meant to be sung before a long pansori piece begins, kind of like a prelude. Sometimes a danga lasts for five or six minutes, but it is usually about four minutes long. In addition to the danga pieces that encourage us to appreciate life, much like “A Song of Four Seasons” we heard, many danga songs are about the achievements or teachings of famous people worth emulating. Danga songs are of medium tempo and generally sung plainly without elaborate vocal techniques. Danga songs were sung before a singer begins his performance to loosen up or check out audience response in advance. Coming up next is a danga song titled “A Song of Clowns.” This song was written by Shin Jae-hyo, a music scholar who studied pansori and supported pansori singers in the late Joseon period. Unfortunately, its melody got lost, leaving only its words behind. Master singer Park Dong-jin added a new melody to the lyrics. The song itself is like an introduction to pansori that teaches how a pansori singer should act and sing as well as a list of famous singers in the past. Here’s Park Dong-jin singing “A Song of Clowns.”

A Song of Clowns / Sung by Park Dong-jin

In the old days pansori songs were usually sung at house parties. Let’s say a man was celebrating his 60th birthday, a major milestone in one’s life. A singer was invited to perform at the party but left after singing only one song. Imagine how disappointed the man would be. So a pansori singer would perform a long piece, so singing a danga song ahead of a pansori piece was important. Nowadays, most pansori singers don’t perform an entire length of pansori piece, because it simply is too long. So they usually sing only about 10-minute portions of a pansori act, rendering danga songs unnecessary. This trend resulted in performances only of danga pieces. Sometimes a singer sings danga while playing the gayageum simultaneously in the style of gayageum byeongchang가야금병창. Today’s last piece is a danga titled “Jukjang Manghye죽장망혜” sung by Park Gui-hee박귀희. Jukjang means a bamboo staff while manghye means shoes woven with ramie or hemp. Hemp shoes were probably better than those made with straws, but not equal to leather shoes. A small gourd dipper called “danpyoja단표자” was added to this attire to represent a simple get-up for traveling. This stands in contrast to some hikers nowadays who put on full climbing gear even when they just go to a low mountain in their neighborhoods. In the old days, when traveling noblemen would ride on a horse or a sedan chair and order their servants to carry all their belongings. The term “jukjang manghye” scorns such a grandiosity and encourages simplicity and freedom. Let’s conclude this episode with danga “Jukjangmanghye” sung by Park Gui-hee.