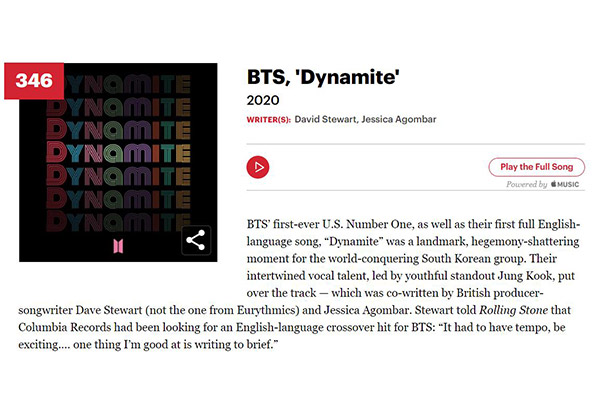 “Dynamite,” the global hit song by BTS, has made it on the list of Rolling Stone’s 500 greatest songs of all time.

“Dynamite,” which was BTS’ first English-language single and the group’s first No.1 on the Billboard Hot 100 chart, ranked 346th on the list which was recompiled for the first time since 2004.

The list was compiled by the US entertainment magazine after conducting a poll of more than 250 producers, artists, music industry figures, critics and journalists.

The No.1 song on the list was “Respect” by Aretha Franklin.