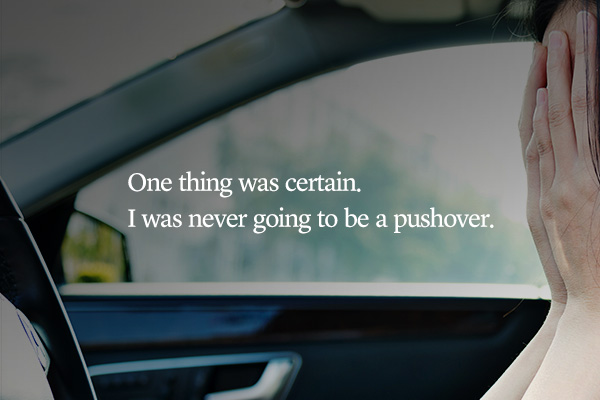 The emergency room was as bright as day. The first thing that I saw under that bright light was my grandmother’s breasts exposed to attach all sorts of machines and lines. With her breasts uncovered like that, the doctor called her time of death. I felt the urge to stuff the doctor’s mouth with my hands. It would have taken only a few minutes to close the shirt and tidy up the sheet. If I were my grandmother, I wouldn’t have wanted to meet my death like this.

Uncle didn’t listen to the policewoman who insisted that an autopsy was needed to prevent another crime. Instead, he shoved her out of the building.

I wanted to persuade my uncle using whatever means possible. It was for my grandmother but also for myself. I started to say that this incident should not be buried when my mother grabbed my arm. It was her way of telling me to stop.

I knew that they wanted to deny the truth by never acknowledging it. It seemed that was the only choice they could live with.

The grandmother, who lived an immaculate life, died in an accident. She supposedly fell in the bathroom and died of a concussion or a heart attack, but her underwear happened to be off. So, it was assumed that it wasn’t just an unfortunate accident, but the result of a crime. The narrator, the old woman’s granddaughter, makes a reasonable assumption that Seong-ho could have committed this crime. She is in a dilemma between whether to make a big issue out of this or carry on with the funeral as if nothing was wrong. She is in the same quandary at the academy with her student. The writer put the main character in two similar situations for an overlapping effect.

I left the funeral parlor empty of mourners. I headed toward the parking lot while thinking that this night would never end.

If I drove without stopping, I could probably arrive at the academy to catch the director on his way to work. What would he think if he saw me? And what would I say when I see him? One thing was certain. I was never going to be a pushover.