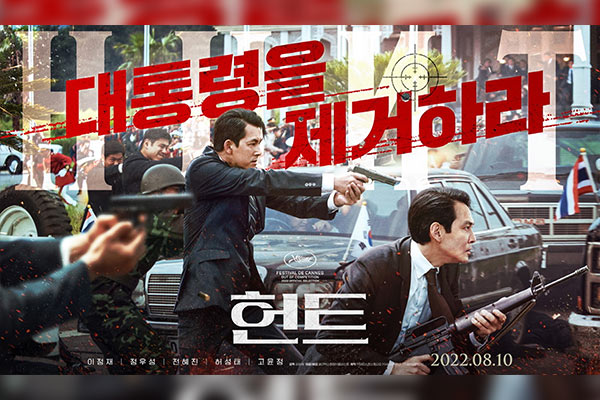 According to the Korea Box Office Information System on Sunday, “Hunt” attracted nearly 900,000 moviegoers just on Saturday and Sunday combined.

“Hunt” hit local theaters on Aug. 10 and tells the story of two 1980s secret agents who start suspecting each other of being undercover moles.