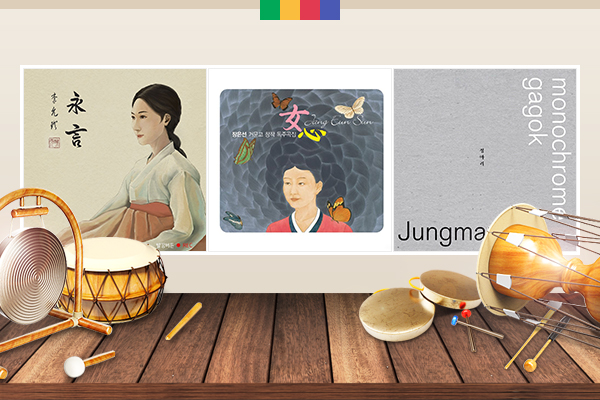 Gisaeng was a special career for women in the Joseon era. Since they belonged to a government office, they could be classified as public employees, but more accurately, they were nobi노비 or servants belonging to a government body, which made them members of the lowest class. But since they had to interact with noblemen or yangban양반, so they had to learn poetry, painting and sing and dance. They were, in essence, artists. The most famous gisaeng in Korea was Hwang Jin-i황진이. She was an extraordinary person even by today’s standards. She volunteered to become a gisaeng after a young man died of unrequited love for her. She was a talented poetess and geomungo player. One of her poems is preserved in a song even to this day.

Once you reach the sea, it is difficult to return,

So how about taking a rest as the bright moon is high above the mountain.

Byeokgyesu in the song means clear water in the valley, but it was also the name of a seonbi선비, a blanket term for students of Confucianism, who was infatuated with Hwang Jin-i. He wanted to make acquaintance with the renowned gisaeng, but she was a proud woman who did not meet just any man. So Byeokgyesu asked one of her friends about how to approach her and was told that he should play the geomungo at her favorite gazebo and when she comes to comment about his geomungo-playing skill, he should just ignore her and leave. In essence, he was told to play hard to get. Anyway, he followed this advice but when she recited this poem as he left the gazebo, he was so startled that he fell from the horse. Her poem suggested that she already knew who he was and was inviting him to spend time with her, illustrated by the fact that she used the term “the bright moon,” or myeongwol명월 which was her gisaeng name.

Besides Hwang Jin-i in Gaeseong개성, a gisaeng in Buan부안, Jeollabuk-do전라북도 Province by the name of Maechang매창 gained fame as a great poetess. Her poems were so elegant and lyrical that local government officials raised fund to publish a collection of her poems after her death. Maechang was very close to Heo Gyun허균, the author of “A Story of Hong Gil-dong,” the oldest surviving story written entirely in hangeul한글. Heo Gyun treated her not as a gisaeng but as a friend. One time, Heo Gyun heard a rumor that Maechang played the geomungo and sang every night in sadness after breaking up with her beloved. He sent her a letter that went like this.

I heard that you played the geomungo and sang under the moonlight.

Why didn’t you sing at a remote place with nobody looking? You were mocked for singing out in public. People must have thought that you were crying over me, which left me feeling wronged.

Maechang must have smiled a little after reading this playful letter from her dear friend. Let’s listen to “While Playing the Geomungo,” a piece commemorating Maechang, with geomungo artist Jang Eun-sun.

Now let’s talk about a gisaeng named Gyeseom계섬. She was known to be a very tough, principled person. When her patron who had sponsored her for ten years made one inappropriate remark, she simply left after bidding him goodbye, severing their long relationship once and for all. That was when a yangban named Lee Jeong-bo이정보 took her in and supported her to learn singing from a good teacher. When Lee passed away, she sold her belongings and went to live in a small rural village in Gangwon-do, farming by day and reciting the Buddhist scriptures by night. No man could persuade the honorable woman to do otherwise. The last piece for today is entitled “Beloved Far Away” sung by Jung Ma-ri.