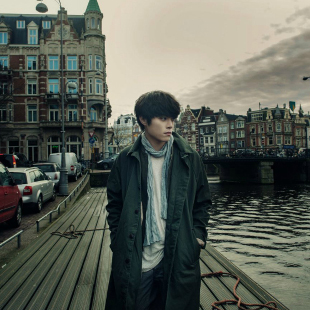 
Biography:
Eddy Kim was one of the contestants that made it to the top 6 for the popular competition show Super Star K Season 4.

Though he may not have finished first, he still went on to sign with Mystic89, an agency boasting some major singer-songwriter talents, all headed by one of the most representative singer-songwriter and all-around entertainer Yoon Jong-shin.

Eddy debuted with his first single "2 Years Apart" and album "The Manual" in 2014. The album was a hit with the song "The Manual" gathering him a solid fan base for not only his smooth vocals, but the unique lyrics describing how to take care of the girl in the format of a manual guide.

Eddy released songs here and there, a lot of soundtracks singles as well for dramas. He went on to sing one of the remakes of the year in 2016. He did a cover of S#arp's classic "My Lips Like a Warm Cup of Coffee". It was a mega hit, putting a modern spin on an old school k-pop track.

His sound can be described as mostly mid-tempo, smooth and with an acoustic vibe thanks to a dominant guitar sound.