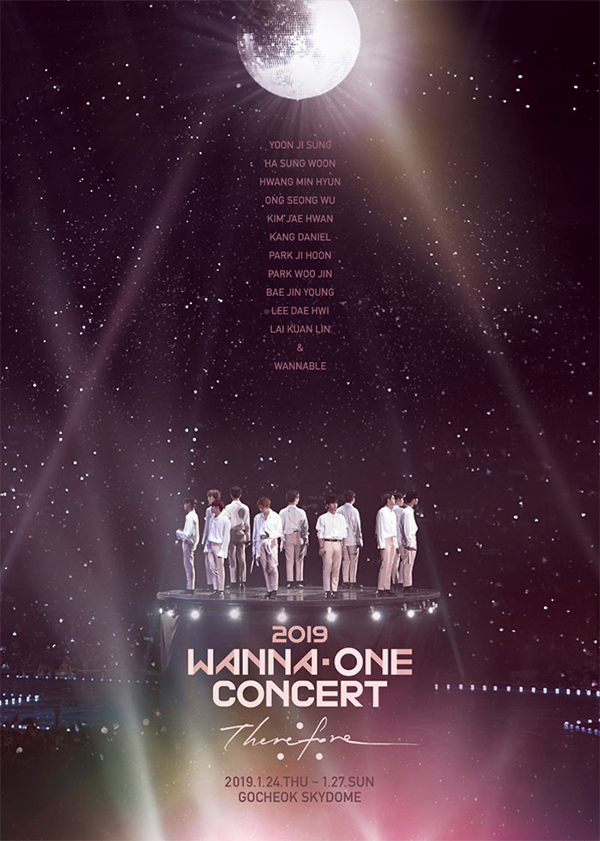 The project band Wanna One will be holding their final, farewell concert titled “Therefore.” The group, formed through a cable reality audition program has officially disbanded on Dec. 31. The group will be finalizing their activities with the concert that will be held at Gocheok Skydome from Jan. 24-27. The concert will feature various special stages and is expected be the last opportunity for fans to see the group in its entirety.