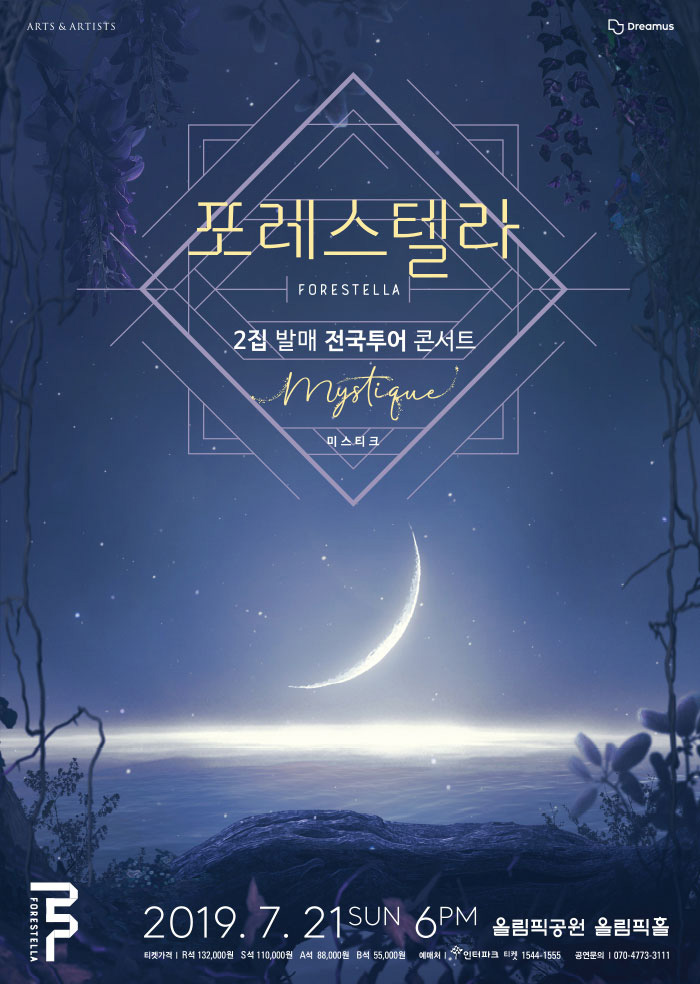 The crossover quartet “Forestella” will be holding a nationwide tour celebrating the release of their 2nd album. The Seoul performance will take place at Olympic Park Olympic Hall on July 21. The concert will feature songs from the group’s 2nd album “Mystique” which was released earlier this year. Forestella gets their name from “a star(stella) that shines above a forest” and comprises of musical actor Bae Doo-hoon, tenor Jo Min-kyu, bass Go Woo-rim and ordinary salaryman Kang Kyung-ho. The four were the top finalists for the audition show “Phantom Singer 2” and went on to form the crossover quartet.