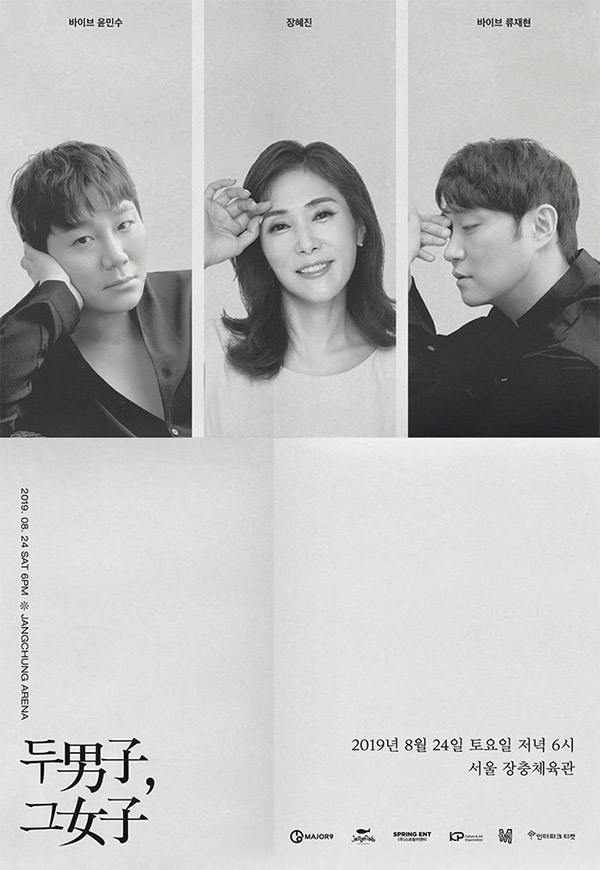 The group VIBE and singer Jang Hye-jin will be collaborating on a concert which will be held on August 24 at Jangchung Arena. The two sides collaborated on “The Man, The Woman” in 2006 which became an instant hit, rising up to 1st place on various music charts. Since then, the two have been performing together on various stages. In June, VIBE’s Yoon Min-soo and Jang Hye-jin released another duet “Drunk on Love” which has gained immense popularity. The concert in Seoul is part of a nationwide tour which will allow the audience to hear VIBE and Jang Hye-jin’s respective hit songs as well as their duets and new collaborative material.