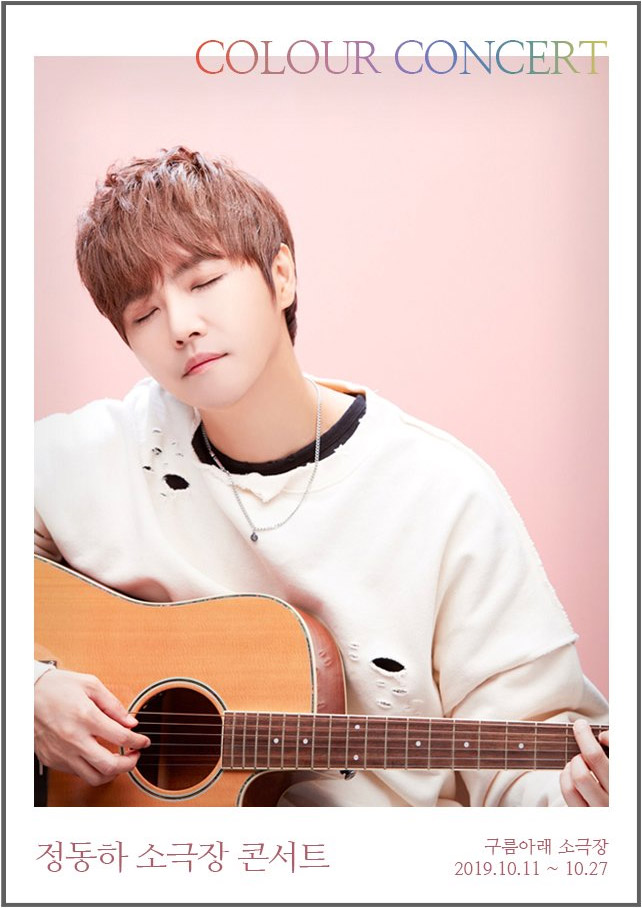 Singer Chung Dong-ha will be holding a series of small theater concerts in October.

Titled “Colour Concert” a total of nine concerts will be held on Fridays, Saturdays and Sundays from October 11 to 27 at Gurumarae Theater in Hongdae. Each concert will feature different concepts and the singer will put on a wide range of performances from covers to unreleased songs. Debuting as the 9th lead vocal for the veteran band Boohwal, Chung Dong-ha is known for his powerful vocals and musical performances.