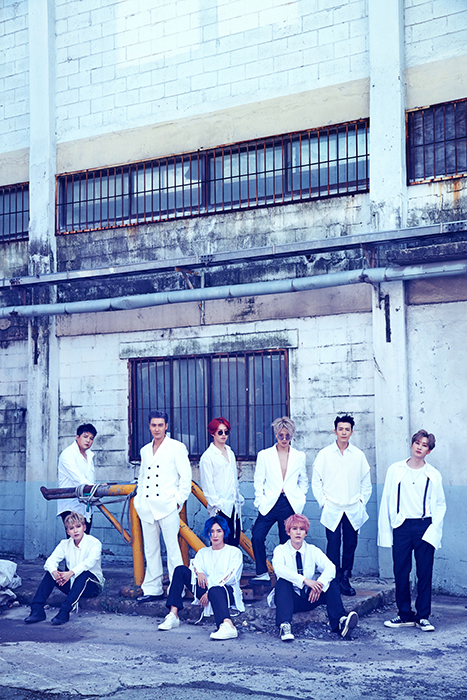 Super Junior is a boy band that formed in 2005 under SM Entertainment. The group originally debuted with twelve members (Leeteuk, Heechul, Hangeng, Yesung, Kangin, Shindong, Sungmin, Eunhyuk, Siwon, Donghae, Ryeowook and Kibum). At its peak, the group had a total of 13 members, but as of 2019 there are nine active members (Leeteuk, Heechul, Yesung, Shindong, Donghae, Eunhyuk, Siwon, Ryeowook and Kyuhyun) with Sungmin on hiatus since 2015. The group gained international recognition following the release of their best-selling single “Sorry, Sorry” in 2009. Over the years, the group has been divided into sub-groups, while individually the members have also branched out into different areas in the entertainment business from hosting to acting. Most recently, the group released their ninth studio album “Time Slip” in 2019.