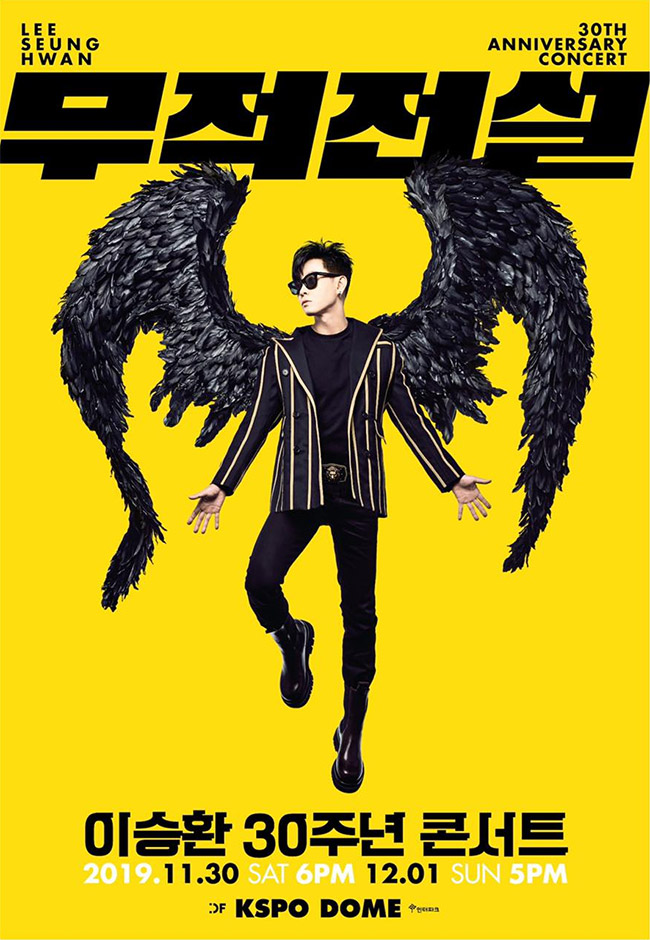 Celebrating the 30th anniversary of his debut, veteran singer and the “king of live” Lee Seung-hwan has released his 12th studio album, his first new release in five years. To also celebrate the anniversary, the singer will also be holding a nationwide tour titled “Mujukjeonseol” with the Seoul leg to be held at the Olympic Gymnastics Arena from Nov. 30 to Dec. 1. The singer is famous for his concerts, holding more than 1,000 in his 30 year career. Earlier this year, the singer broke the record for the longest concert in Korea, holding “Last Ppaday” which lasted for nine hours and 30 minutes.