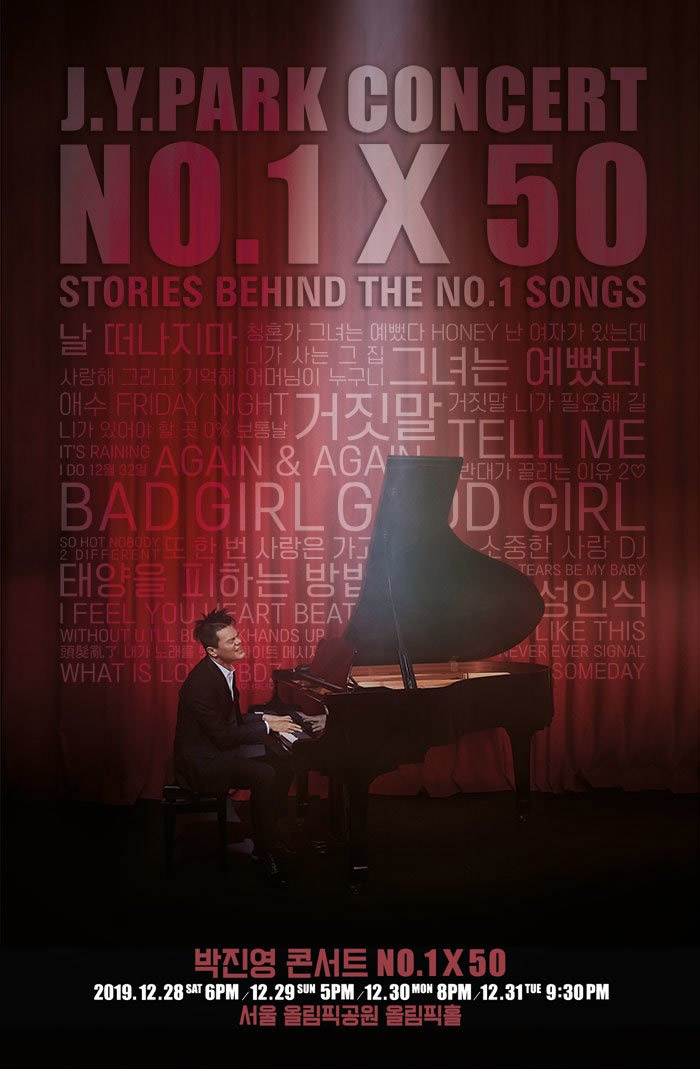 Park Jin-young's concert “NO.1 X 50” is an ambitious nationwide tour to mark a special achievement by the veteran singer. As the title of the concert tour suggests, 55 songs that have been written and composed by Park Jin-young which topped major domestic and foreign charts will be featured in the concert along with a rich plot that tells the story of his birth. The singer recently returned with a new single, “Fever” on Dec. 1.