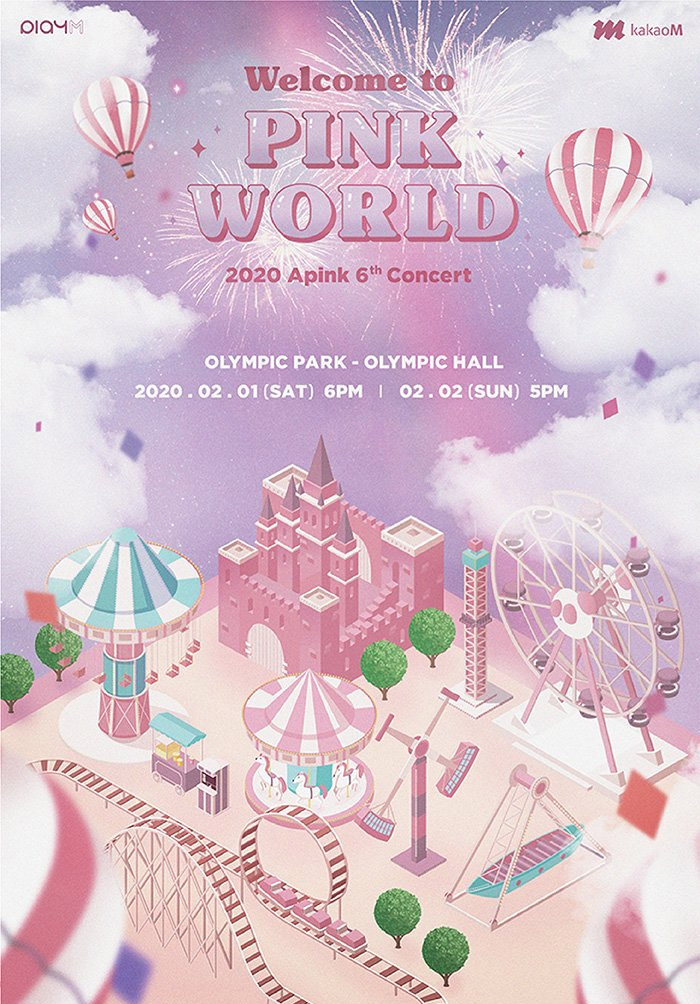 Popular girl group Apink will be holding their 6th solo concert in Seoul. Tilted, “Welcome to the PINK WORLD,” the concerts will be held over two days from Feb. 1-2 at Olympic Park, Olympic Hall. As the title suggests, the upcoming concert will feature a festival theme with all members having personally contributing ideas and participating in the planning of the show. The group has sold out every single one of their solo concerts since 2015 when they held their very first solo concert “Pink Paradise.”