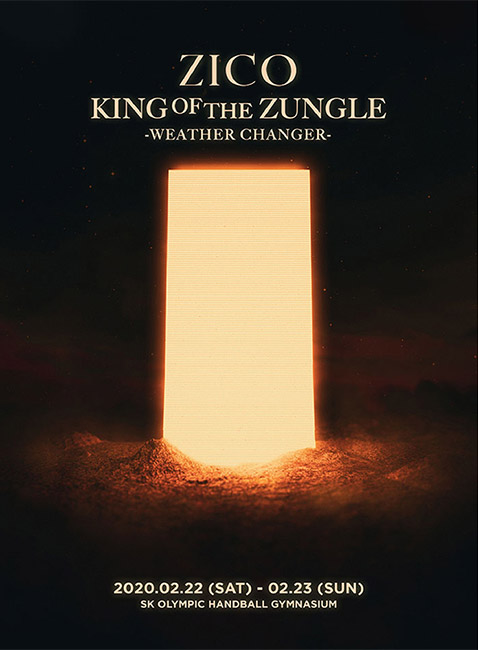 Zico will be holding his second solo concert tour “King of the Zungle - Weather Changer” at SK Olympic Handball Gymnasium on Feb. 22-23. The singer’s new single “Any Song” has been topping charts since its release in mid-January. The song will be featured during the concert which is Zico’s first solo concert since August 2018.