April 2nd “Dolphin of April: Special Thanks To” Solo Concert 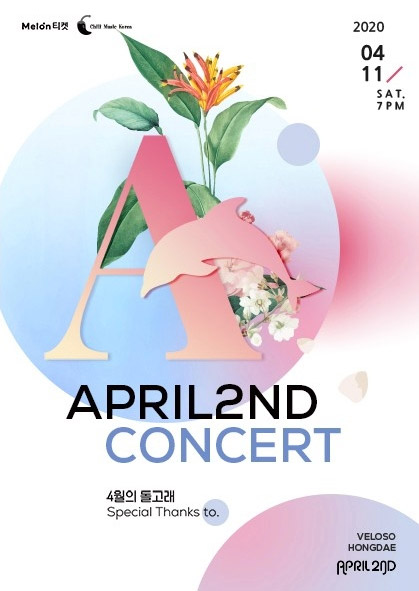 The indie group April 2nd will hold a solo concert in April. The group, well known for the original soundtracks of hit drama series such as “Crash Landing on You” and “Guardian: The Lonely and Great God” will be hitting the stage on April 11 as part of the group’s annual branding concert “Dolphin of April”. This year’s concert has a special subtitle, “Special Thanks To” as a tribute to their fans. The concert will be held on April 11 at Veloso Hongdae.