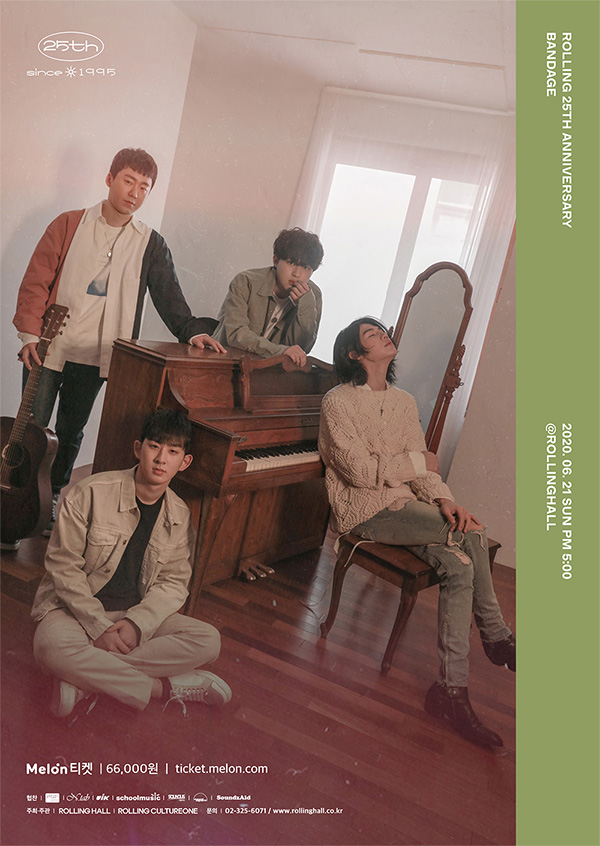 Celebrating the 25th anniversary of Rolling Hall, which has served as the gateway for Korean rock and indie bands since its foundation in 1995, the rock band “Bandage” will be holding their first solo concert at the venue on June 21. Bandage is a British and alternative rock band which launched in March 2020. Rolling Hall will be holding a series of concerts in celebration of the major anniversary with a diverse lineup of bands including Gogang and Jambinai.