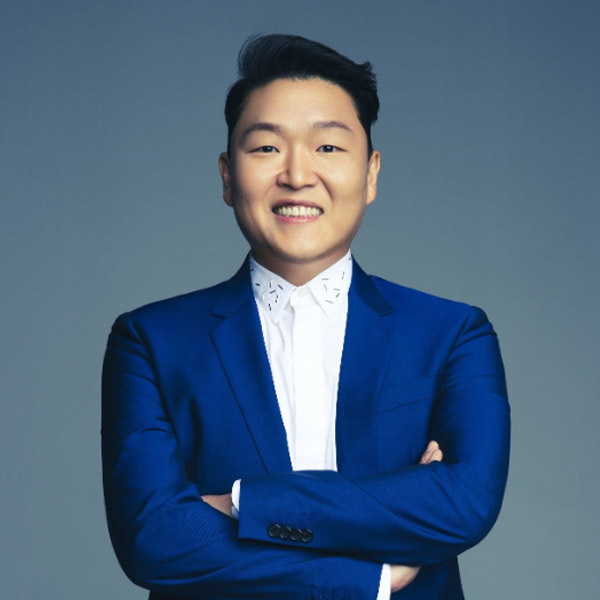 PSY (Park Jae-sang) is a singer, rapper, songwriter and record producer. Debuting in 2001, PSY is known for his comedic dance moves and stage performances. He’s best known for his international hit “Gangnam Style”. The music video recorded over 4.4 billion views on YouTube as of May, 2022. The music video was the first video in the website’s history to exceed one billion views in 2012, and PSY was recognized by the media as the King of YouTube. In 2018 he left YG Entertainment and founded his own label, P Nation in 2019.