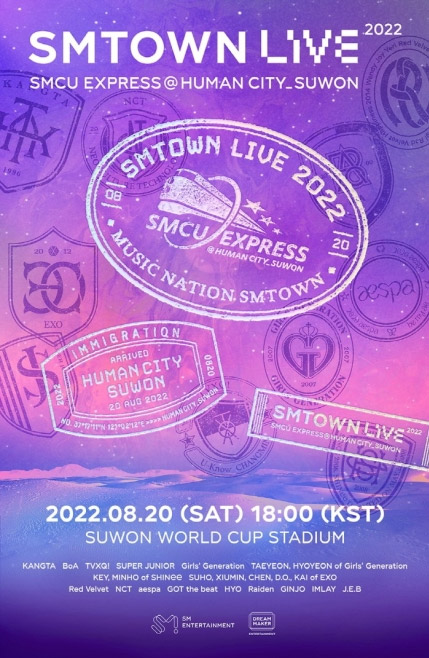 SMTOWN Live is making a comeback with its first show in Korea for the first time in five years. SMTOWN Live 2022: SMCU Express @Human City Suwon will be held at the Suwon World Cup Stadium on August 20. The star-studded lineup for the event has been revealed, and will feature acts such as Kangta, BoA, TVXQ, Super Junior, Girls’ Generation, SHINee, EXO, Red Velvet, NCT etc.