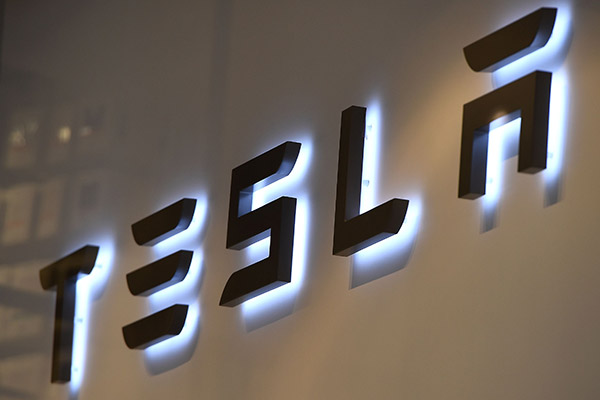 In line with the growth of the electric vehicle or EV market, the EV battery market is also developing fast. Batteries are one of the key parts of electric cars. Described as “a second semiconductor” and “the next-generation growth engine,” the battery business is expected to benefit greatly from the growth of the EV industry. This trend was well evidenced in keen public attention to Tesla’s “Battery Day” on September 22, as the U.S. EV giant’s new technology will have a major impact on the global battery and automobile industries.

Here is Professor Kim Pil-soo(김필수) at the Department at Automotive Engineering at Daelim University College to examine the fierce competition to dominate the global EV battery market.

Previously, South Korean battery makers were concerned that Tesla would reveal new technology during the “Battery Day” event. For example, the U.S. electric carmaker might have announced its production plan for a million-mile battery. It was also expected to unveil specific plans to cut the battery price and to manufacture batteries on its own. Contrary to prior expectations, though, none of these plans were announced at the event.

This is good news for Korea’s three major battery producers, because the global market was only reminded of the fact that it is pretty challenging to improve battery technology, which Korean firms have strength in.

During the much-touted Battery Day event that was watched online by 270-thousand people around the world, Tesla said it would develop a new battery that would last longer but cost half the price and unveil three years later.

Yet, industry watchers believe that it is nearly impossible to complete large-scale manufacturing facilities of battery cells in such a short period of time. They assume that Tesla intends to reduce its reliance on existing battery suppliers by boosting its capacity to produce its own batteries. A day before the event, Tesla CEO Elon Musk tweeted that he expects a significant shortage of battery cells in 2022. He also said that Tesla would increase battery cell purchases from EV battery makers, including LG Chem of South Korea.

Global EV sales have grown between 25 percent and as high as 50 percent, reaching 2 million units in 2019. The figure is expected to rise to 3.5 to 4 million this year and 6 million next year. That means the number of EV batteries will also increase significantly. As the shortcomings of electric vehicles have been reduced, more attention is drawn to their advantages. Currently, buyers of EVs receive financial support from the government. But in the next five years, demand for EVs will be higher than conventional automobiles with internal combustion engines, even without subsidies.

The EV and EV battery markets are expanding rapidly. As of 2019, cumulative global EV sales amounted to 7.17 million units, up 40.3 percent from the previous year. The global EV battery market stood at 15 billion US dollars in 2016 but more than doubled to 38.8 billion dollars last year. It is estimated to reach 93.9 billion dollars by 2026, a whopping 526.7 percent increase from 2016.

South Korea, China and Japan engage in a fierce competition in the global battery market. More than 90 percent of EV batteries in the world are supplied by battery makers in these three countries. In particular, three Korean battery producers—LG Chem, Samsung SDI and SK Innovation—have expanded their market presence remarkably this year. The three companies together command 34.5 percent of the global EV battery market as of the first half of this year to outperform traditional battery powerhouses China and Japan. The cited market share shot up nearly four-fold in four years, as it was 9.5 percent in 2016.

The battery market is dominated by three Korean companies, four to five Chinese ones, including CATL and BYD, and Japan’s Panasonic. Currently, lithium-ion polymer batteries have the highest energy density. But all-solid-state batteries will appear within four to five years. The question is, who will lead this market? China and Japan are putting a great deal of effort into the development of the high-performing battery, but Korea also boasts high levels of technology. It may take some time, but Korea certainly has the potential to take the helm of the new battery market.

The battery rivalry among Korea, China and Japan has been influenced by various factors including uncertainties about corporate investment, government subsidies and global trade issues. Depending on those factors, their global market share may change at any time. Therefore, it is too early for Korea to relax.

China is seeking to secure necessary materials through resource diplomacy, while Japan has strengthened control over strategic reserves of 34 rare metals, including rare earths and cobalt. Experts are calling for Korea to make more proactive efforts at the governmental level.

High-efficiency lithium-ion polymer batteries are widely used on a global scale. But Korea has no metals or materials such as nickel, cobalt and manganese needed to produce them.

It depends nearly entirely on imports for those materials. It is important to make quality batteries and provide them in large quantities, of course. But first, it is crucial to secure a sufficient amount of necessary materials, as any disruption in supply will lead to the difficulty in producing batteries. Second, it is necessary to replace rare metals with common materials through technological advancement. In doing so, Korea can reduce the burden of securing raw materials and gain the lead in the race to promote the battery business as a future growth engine. I think Korea needs to pursue this two-track strategy.

Automakers are also moving to produce batteries on their own in order to obtain batteries stably and seize the initiative in the EV market. Not only Tesla, German carmaker BMW has invested 200 million euros in developing its own batteries over the last four years. Japan’s Toyota also plans on developing batteries internally by spending 13.3 billion US dollars.

In the first half of this year, Chung Euisun, Executive Vice Chairman of South Korea’s top automaker Hyundai Motor Group, held a series of meetings with the heads of three Korean battery manufacturers. Analysts believe that cooperation between Hyundai Motor Group and local battery makers will evolve into a comprehensive Korean alliance in the future mobility market.

Korea has a lot of tasks to contend with. The government should shift toward a “negative regulatory system,” in which companies face fewer regulations, to create a more favorable business environment. Korean battery makers need to spend more on research and development and hire more specialists to secure key technologies. Korea should be one step ahead of its rivals in technology and manpower. Otherwise, it will be left behind in the race. The industry, the academia and the government make concerted efforts, based on public support.

In this intense competition in the global battery market, we hope Korea will continue with its great performance and dominate the market.