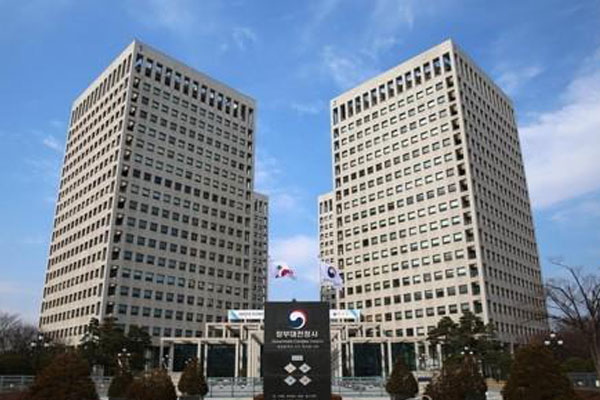 The COVID-19 pandemic has brought industrial, economic and cultural upheaval, drastically spurring changes that would otherwise occur slowly over the span of a few years. In this situation, not only does innovation bring a competitive edge but it has become an essential element for survival.

Speaking of which, South Korea has ranked fifth in the 2021 edition of the Global Innovation Index announced by the World Intellectual Property Organization, which is a specialized agency of the U.N.  South Korea joined the top 10 group of the index for the first time in 2020. The country’s impressive jump from 10th to 5th, which also marks the highest ranking in Asia, seems all the more significant because the achievement came amid the COVID-19 crisis. Here is Lee In-chul, director of the Real Good Economic Institute, with more.

It’s certainly great news that South Korea has emerged as an innovative economy despite challenges brought on by COVID-19. According to the Ministry of Trade, Industry and Energy, South Korea took the fifth position in the Global Innovation Index 2021, the highest rank ever. It also grabbed the top spot in Asia in the rankings, beating Singapore, China and Japan.

The Global Innovation Index has been announced annually since 2007 by the World Intellectual Property Organization, Cornell University and the European business school INSEAD. They measure innovative capacity of some 130 countries by analyzing 81 sub-indicators across seven key areas.

In this year’s survey of 132 countries, Switzerland claimed the No.1 spot, followed by Sweden, the U.S. and the U.K.—the same as last year. In Asia, South Korea topped the list, followed by Singapore at 8th, China at 12th and Japan at 13th. South Korea’s impressive showing in innovation capability is attributable to its consistent investment in the future, among others.

There are multiple reasons for South Korea’s fifth-ranking in the index. Above all, the index recognized Korea’s steady investment in the future in the face of difficult situations both inside and outside the country, as well as the subsequent creation and proliferation of intangible assets. Among the seven areas of assessment comprising five inputs and two outputs, Korea ranked first, for three years in a row, in human capital and research, which evaluates investment in the future. South Korea’s rank rose from 10th last year to fifth this year in the two output categories, which measure innovation-related activities and achievements including the rising number of intellectual property applications both in Korea and abroad even amid the pandemic.

South Korea’s high ranking in the innovation index is also credited to the sweeping popularity of Korean pop culture overseas known as the Korean Wave, with its cultural and creative services exports marking the biggest jump.

The ranking rose two notches in the category of the entertainment and media market, seven notches in trademarks and three notches in global brand value, contributing to the rise of the overall ranking. South Korea is becoming increasingly influential in these areas, raising hopes for even higher rankings in the future.

While South Korea showed a brilliant result in the field of innovation, it turned out that the country is rather unattractive to foreign investors.

According to the 2021 Global Attractiveness Index announced by European think tank The European House Ambrosetti, South Korea scored 81.26 points to rank eighth out of 148 countries. The score is relative: evaluators give 100 to the top-ranked country and estimate how far the others are from it. Korea’s ranking this year is the same as last year’s, but its score fell slightly from 81.54 points.

Major Asian countries surveyed in this report were all ahead of Korea. China ranked third and Japan, fourth, while Singapore came in sixth and Hong Kong, seventh. While Korea was considered to have high sustainability and growth expectations, it scored lower in dynamism. It means Korea lacks short-and mid-term investment appeal. Director Lee now explains foreign direct investment brought in by Korea in the first half of this year.

The Ministry of Trade, Industry and Energy says that South Korea drew 13.14 billion US dollars in foreign direct investment in the first half of 2021, up 71.5 percent year-on-year. It represents the second-highest figure, following the one posted in 2018. The good performance is attributed to greater trust in Korea’s economic fundamentals based on its effective anti-coronavirus measures as well as large-scale state projects involving materials, parts and equipment industries and the Korean version of the “New Deal.” Investment in Korean New Deal projects increased a whopping 163 percent to 3.94 billion dollars from 1.49 billion dollars, leading the rise in overall investment.

Foreign direct investment or FDI helps stabilize the economy in a crisis caused by various trade issues including a trade war. Many countries are making great efforts to lure global firms. But South Korea has remained in the lower ranks among OECD members when it comes to attracting FDI, meaning that foreign investors have found Korea less attractive.

While South Korea’s innovation efforts have been evaluated positively, its FDI-to-GDP ratio still remains low. According to the Korea Economic Research Institute, Korea ranked 25th among 37 OECD members, in terms of the FDI-to-GDP ratio. If a country hopes to raise its growth rate, it should draw more foreign investment. It seems necessary for Korea to promote FDI by improving the domestic investment environment. An analysis of FDI’s effect on economic growth shows that greater FDI will lead to higher growth rates and influence potential growth rates, in particular. Considering Korea’s status as one of the top ten economies in the world and Korean companies’ investment overseas, its FDI-to-GDP ratio is relatively low. The country needs to actively attract foreign investors through deregulatory measures and tax benefits.

South Korea has overcome unexpected external factors and uncertainties thus far. No crisis or recession has intimidated Korean economic players committed to growth and innovation. Korea proved to be Asia’ No.1 country in terms of innovation efforts, despite the COVID-19 crisis. It is necessary to devise effective measures to make the country a more attractive destination for investment so the brisk innovation activities will lead to stronger economic vitality and higher growth rates.