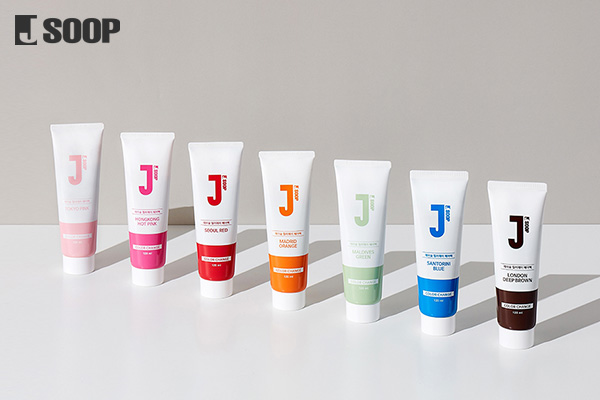 The name JSOOP is short for “natural forest” in Korean and the average age of our company workers is 28. The brand was created in May of 2016 and was officially founded as a company in January of 2017. In August that year, its products entered the nationwide branches of Lalavla, a health and beauty chain. A month later, the company set up its own research institute to begin exporting to Thailand and Singapore. In December of the same year, the company was recognized as one of the “export frontier enterprises.” Significantly, its sales grew 300 percent. In 2018, it was selected as the No. 1 brand in consumer preference and secured space at stores like Olive Young and LOHB’s. It ranked first in terms of sales of hair care products at the top three drugstore chains in Korea. In April of this year, the company built a new office building. In June, its products sold out on Hyundai Home Shopping.

The hair treatment market is growing fast in line with the increasing number of people concerned about hair loss and damaged hair from frequent coloring and perms. According to the National Health Insurance Service, the number of Koreans suffering from hair loss exceeded ten million as of 2017, with the hair treatment market reaching three-point-six billion U.S. dollars.

JSOOP began to research the hair and the scalp in the firm belief that hair care would be as important as skin care. Hair on average grows one-point-three kilometers in one lifetime, but it does not keep growing the entire time. After growing for a certain period of time, hair falls out. And it takes five years to get new hair. Taking note of this, JSOOP decided to use safe ingredients for hair in different growing stages like anagen, categen and telogen to develop new, trendy products. The company released its first product in 2017.

Our first product was RIABICHECK Shampoo. Ri means “govern” or “control,” “A” stands for “beautiful” and BICHECK refers to “hidden secret” in Korean. So the name means the “hidden secret to control beauty.” Three items—shampoo, hair pack and hair tonic—are produced under this name. Nature-derived oriental medicinal ingredients make up 84 percent of this shampoo which prevents hair loss and helps the hair and scalp maintain a healthy condition. It was certified by the Ministry of Food and Drug Safety as a functional cosmetic. Users can feel their hair has more volume and that their scalp is cool and refreshed.

RIABICHECK Shampoo contains three red ginseng extracts known to promote hair growth and four types of patented substances. Since many people are frustrated with hair loss, the company thought that finding out the cause and providing an effective solution would be effective. That’s why it added nature-derived substances to its new product, which has up to ten times more such ingredients than its alternatives. To prevent prices from going up due to the use of beneficial ingredients, the company avoided flashy designs and excessive packaging. As a result, it was able to offer highly-functional products at reasonable prices. The company then made an all-out effort to publicize them. 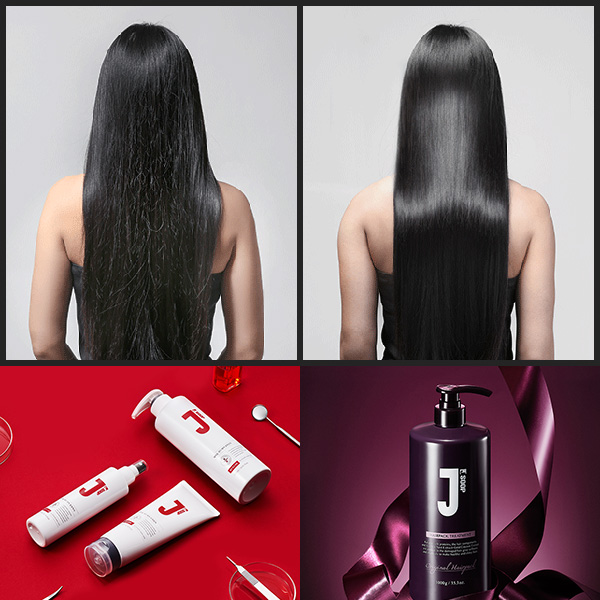 Our advertisements are clearly different from those of other similar products in terms of creativity. We thought that young people would respond to new products quickly. So in the initial stage, we invested a lot in SNS marketing, spending hundreds of thousands of dollars a month on marketing alone. We also put advertisements on local buses and kiosks. Consumers soon began to recognize our products. Then we expanded our business into the offline market by entering drugstore chains in Korea to approach consumers more directly. Thankfully, many consumers expressed their satisfaction with our products.

In this way, we were able to explore both the online and offline markets successfully.

The company put interesting advertisements on social networking sites to attract the attention of people in their 20s. It also unveiled video ads on places frequented by many people, like public transportation, to raise its brand awareness. The success in the online market led to success in the offline one as well.

In addition to its effective and creative marketing, JSOOP’s originality is also seen in its products, such as a hair-dye that produces two different colors with single coloring and a water spray that revives and enhances hair volume. These unique products were never available before. Its hair pack product, in particular, enjoyed an explosive response from users.

“Purple J Water Pack” is one of the most popular products. Unlike other hair packs, you don’t need to rinse this one after applying it on your hair. When the hair is dried, with the pack still on it, nutrients can be absorbed even better. Clinical testing has already been completed in eight areas, including hair protection, volume and color maintenance, and the treatment of brittle ends in damaged hair.

In 2018, we sold 100-thousand units of this hair pack, with sales amounting to five million U.S. dollars. The figure is estimated to reach six-point-four million dollars this year. Nine-thousand sets including the hair pack were sold out on a local home shopping channel in June of this year. Encouraged by this positive result, we’re planning on launching more products on the home shopping channel. The water pack is one of the best-selling products.

Typically, a hair pack should be washed after being used. But users can apply the one produced by JSOOP to wet their hair after shampooing and drying it with a hair drier.

In the process, nutrients are provided so users can care for their hair quickly and easily. With this product, JSOOP came in first in both online and offline sales. In June, it won the Hi Seoul Excellent Product Award sponsored by the Seoul Business Agency. Following its outstanding performance in the domestic market, the company is ready to expand its presence in the overseas market.

We export our products to Southeast Asian countries like Thailand and Singapore, and our online shopping mall offers services in three different foreign languages—English, Chinese and Japanese.

This year, we started marketing activities in China. Chinese shampoo imports have been on the rise. Imports from South Korea, in particular, are growing fast, posting over 60 million dollars in 2017. That year, online shampoo sales in China stood at about 220 million dollars. At a time when consumers are increasingly purchasing things online rather than offline, we believe it’s timely and appropriate for JSOOP, a specialist in SNS marketing and e-trade, to tap into the Chinese market. In addition to China, we’re considering other export destinations as well.

Armed with a challenging spirit and creative ideas, JSOOP showed a whopping 300 percent growth in annual sales. We will look forward to the company achieving major success in the Chinese market as well.