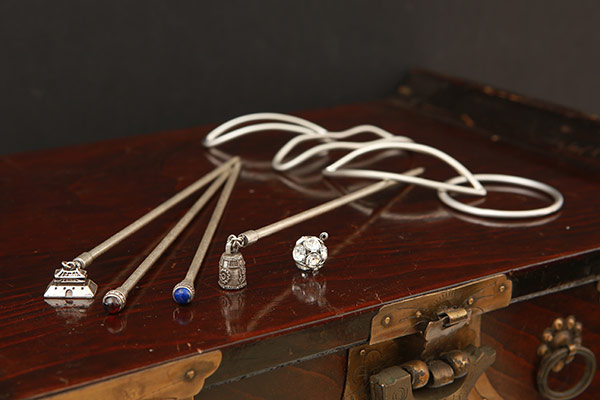 My company Yujinbuty makes hair accessories under the brand name of “Jinccecil.” The word “jin” comes from my first name and “ccecil” is inspired by Danish designer Cecilie Manz. I named the brand Jinccecil because I wished to emulate the prominent designer and adore her conceptual designs.

In ancient times, Korean women used to wear ornamental hairpins called binyeo. Jinccecil recreated the traditional accessories in a modern way. I hope the traditional ornaments featuring modern designs will go well with not only Koreans but people in other parts of the world.

Yujinbuty produces hair accessories that blend centuries-old traditions with modern elements. Ms. Ryu worked as a fashion managing director for ten years before she founded her company in 2013.

At first, I wanted to create a fashion brand because I worked in the fashion industry for a long time. But launching a new brand requires a lot of time and money. So I decided to start with an accessory business, which is relatively easy to access and will also help me accumulate experience before I actually launch my own fashion brand in the future.

I didn’t want to deal with common jewelry items like earrings or necklaces, though. I was attracted by traditional items and cultural relics such as the Korean traditional house or hanok and splendid garments and ornaments worn by the royal family in ancient times. I often went to museums to research those items. One day, traditional hair accessories caught my eye. I thought it would be interesting to remake them in a modern style so people in Korea and overseas could wear them.

Ryu majored in electronic communication in college but started her career as a managing director at a local TV home shopping network. She was greatly interested in traditional clothing and accessories, in particular. Yujinbuty, a one-person company, avoided clothes that involved complicated production procedures. Instead, it chose the ornamental hairpin of binyeo as its business item.

Binyeo, in general, looks beautiful but rather conventional or even old-fashioned so people may not want to wear it in everyday life. It can be presented as a special gift, but it cannot be used as a daily accessory. So I added some simple, modern designs to the traditional hairpin.

In my own version of binyeo, the decorative part at the end, called cham(참), can be changed. In other words, different types of cham can be put on one stick-shaped hairpin, just like changing a tire or putting a new roll of paper in the holder, so every binyeo looks different, depending on what kind of cham is attached to the end. I created three different themes for the cham—traditional relic, daily, and event. The “traditional relic cham” features Korean cultural properties, while binyeo with the “daily cham” can be worn in everyday life, like when going to school or work. Binyeo with the “event cham” is usually used as a gift for special occasions, as it can be decorated with a particular form of a zodiac sign or birthstone.

In ancient times, Korean women used to brush their long hair into a neat bun after marriage. Binyeo was used to tie up the hair and pin the bun in place. Apart from this practical function, it served as a beautiful and elegant accessory and also represented the wearer’s status. The convex part on one end was called the “binyeo head,” which could be adorned with different decorations. Binyeo came in various materials such as gold, silver, pearl, jade or bamboo, and the binyeo head was crafted in many different shapes, including dragon, mandarin duck—a symbol of love—and peony.

Ryu believed that binyeo, which is so rich in history and culture, could be transformed in a creative and conspicuous way to suit modern life. As she explained, the decorative part of her binyeo features three different themes. In particular, she put a great deal of effort into developing the “traditional relic cham.” 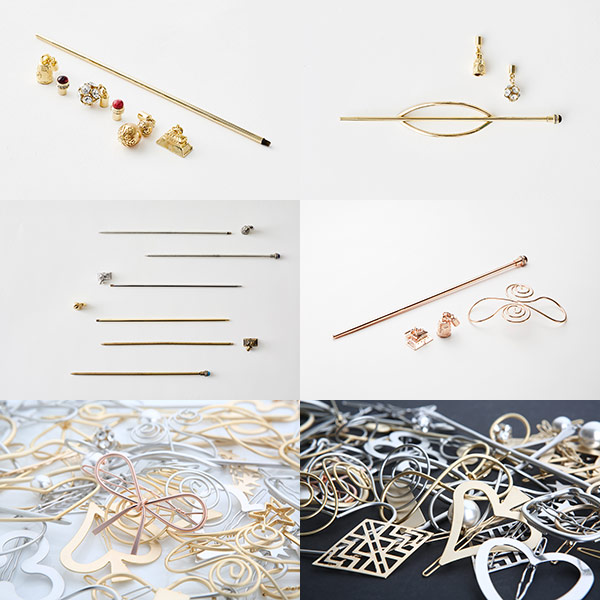 The most challenging part was to include traditional elements in the modern version of binyeo and deliver their significance to wearers. I decided to create designs fit for time, place and occasion to make binyeo more accessible for people with different purposes. To this end, I conducted extensive research, searched for relevant data and even traveled to local regions to see particular binyeo items myself. After much trial and error and grueling sketch work, I was able to craft different designs one after another.

Ryu searched for countless old documents and examined different binyeo pieces in order to recreate the traditional hairpin as a modern, stylish hair accessory. The “traditional relic cham” features Korean cultural relics such as Sungnyemun(숭례문) Gate and the Great King Seongdeok(성덕) Bell, cast in the 8th century. It took more than a year to create the miniatures or tiny forms of these cultural properties as exquisite binyeo decorations.

While putting a lot of work into creative designs, Yujinbuty also suggested various ways of using the new types of binyeo so wearers could easily use the trendy hair accessories. The company’s binyeo comes in diverse colors and sizes to offer users a wider choice of products. The company’s distinctive products attracted much attention at an overseas fashion event several years ago.

I showcased my products for the first time at a fashion exhibition called Chic in Shanghai, China, in 2016. Luckily, I even received orders from buyers at the event. They were rather unfamiliar with the age-old Korean traditional ornament, but were attracted by my binyeo items, which could be easily used in daily life thanks to their modern designs. I was thrilled to see this positive response. Since then, I’ve taken part in fashion exhibitions frequently.

I guess my binyeo has about 4,500 variations, with different colors and sizes.

For example, a binyeo piece with the same design comes in five or six different colors and the products vary in size. It was amazing that buyers at the Shanghai event were willing to order my products. They probably thought that my company was well prepared for the exhibition, despite its first participation in the show.

Yujinbuty is now a hair accessory specialist which has gained recognition in overseas markets. The company’s products have been well received by domestic consumers as well, winning the Hi Seoul Excellent Product Award hosted by the Seoul Business Agency.

Binyeo is a women’s hair ornament that once faded into history, but the company’s products were able to represent the beauty of Korea in a modern and artistic way and vividly manifest how traditions and modernity can be combined in perfect harmony.