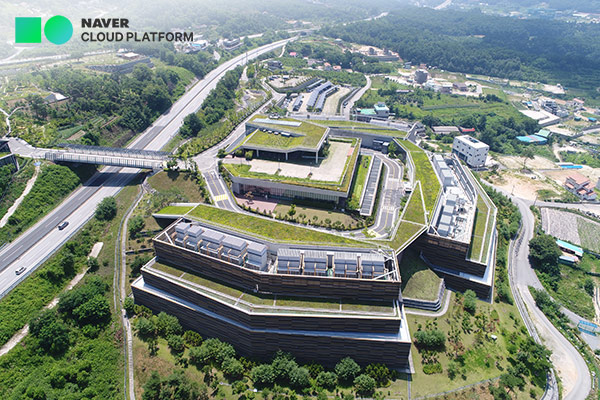 Today, we’ll introduce you to Naver Business Platform or NBP, the cloud service provider under Korea’s leading Internet portal and search engine Naver. Let’s hear from Kim Su-bin who is in charge of marketing at NBP’s Naver Cloud Platform.

NBP has become the first Korean cloud platform provider to offer relevant services to an international organization. For the selection, we had to compete with a number of large cloud businesses from around the world. Of course, they all had their own competitive edge. But our regional data centers worldwide and superior security technology received favorable evaluations. Contestants participated in tests conducted in Africa, France and Belgium to show how effectively their cloud services worked. Our platform in the German region, in particular, proved excellent in terms of speed, and our quick and high-quality customer service also stood out. We received high marks in the overall assessment to win the bid to provide cloud services to the international institution.

Cloud computing refers to a service where data is stored on servers connected to the Internet, enabling individuals and firms to access the data remotely wherever and whenever the Internet is available. The convenient services are being widely adopted by companies and institutions, and IT firms both here in Korea and overseas are engaging in an intense competition to expand their presence in the cloud computing market.

As the first Korean firm to supply its cloud services to an international organization, NBP performed a remarkable achievement in a market dominated by global IT giants such as Amazon Web Services, Google and Microsoft Corporation.

Much of the credit goes to the fast speed and world-class security technology of NBP’s cloud services as well as its customer support center that is operated around the clock to respond to customers within five hours. Ms. Kim explains the company in more detail.

NBP was spun off from Naver in 2009. Before that, as an internal unit within Naver, it supported the IT infrastructure of Naver’s various services. Web-based services provided by Naver include the Naver portal website, of course, a live video streaming service called V Live, a photo editing app SNOW and the mobile messenger Line. We’ve supported the cloud infrastructure needed for those services.

Based on our in-house technologies and expertise, NBP launched the Naver Cloud Platform in April of 2017 to provide cloud services to both individual users and corporate clients.

Founded in 1999, Naver is Korea’s largest portal operator which has maintained its indisputable leadership in the nation. Naver’s mobile app has more than 30 million daily users. As the “heart” of this large company, NBP has managed the IT infrastructure for Naver’s flagship services.

In fact, many expressed concerns when NBP launched a new cloud business in 2017 because the cloud market had already been preoccupied by global businesses. Still, NBP was full of confidence. 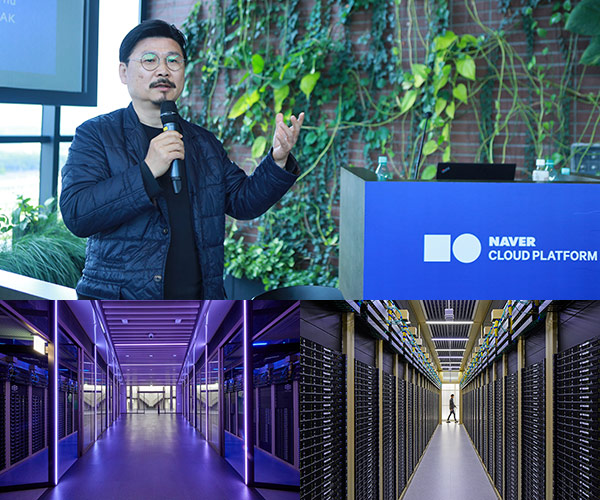 NBP is a global cloud service provider headquartered in Korea. This is one of our strong points. Our customers do not run into any issues that they often experience when using similar services based in foreign countries.

We provide them with services and functions identical to those of foreign providers but at more reasonable prices. We’ve accumulated years of experience in managing global services like V Live, so we will be of great help to local businesses hoping to explore foreign markets or foreign firms planning to launch their services in Korea.

Secondly, our customers can apply Naver’s unique technologies to their own services through the cloud. And last but not least, our customer support center is run 24 hours a day, 365 days a year, to address user problems quickly and accurately.

NBP boasts a high level of IT technology and long, direct experience in using a cloud server to operate Naver’s extensive services. No foreign cloud service operator has ever managed as many services as NBP has. Armed with rich experience, the company can support diverse services tailored to customers. This is NBP’s greatest strength.

Still, the firm was not satisfied and underwent efforts to obtain technology for security, something customers using cloud services are most worried about.

We’ve acquired the CSA STAR certification, which shows that our top-class security technology is recognized globally. We’ve also earned an international standard certification for health information security. It means that users can safely deal with sensitive personal information about health on our cloud platform. As a medical cloud service provider, we take part in large-scale state medical projects such as Dr. Answer and P-HIS, which stands for Post, Precision, Personalized Hospital Information System.

We’ve made inroads into the financial sector as well. As we know, financial data is also highly sensitive.

Early this year, we signed a business agreement with KOSCOM, an IT system provider owned by the Korea Exchange, to jointly set up cloud computing services specifically for financial institutions. We opened a financial cloud zone in Yeouido, Seoul, on September 2nd.

STAR, which stands for Security, Trust and Assurance Registry, is a registry of cloud provider security controls jointly organized by the British Standards Institution and the Cloud Security Alliance in the U.S. NBP is the first Korean firm to earn the CSA STAR Gold certification.

The company will continue to lead the cloud industry through constant technological innovations.

We make strenuous efforts to add five or six new services each month. We’re focusing on upgrading the level of Korea’s cloud services to ensure that the so-called “data sovereignty,” which is considered important in the public, medical and financial sectors.

We’ve also come up with a new program named “Green House” to assist startups in Korea. They certainly need aid because it is pretty challenging for the small, fledgling firms to launch new services with limited resources. Through our program, we hope to at least help them install necessary infrastructure like cloud services. We’ll continue to make efforts to help other Korean companies grow well and prosper together.

NBP is an emerging power in the field of cloud computing services, one of the cutting-edge technologies that are changing the world. On the back of its successful operation at Naver, the company is serving as a strong pillar that is propping up the domestic cloud industry.