Interest Rate Falls Back to Lowest 1.25% 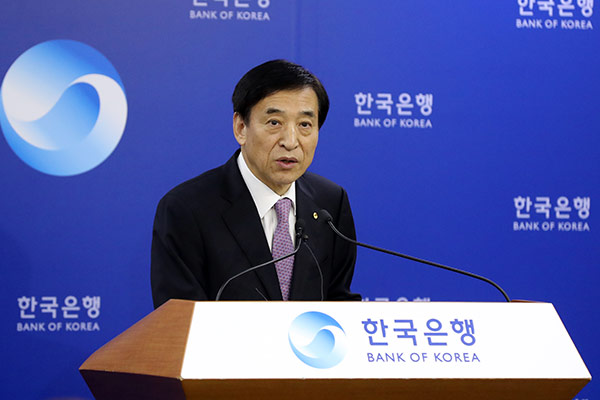 Amid growing concerns over an economic recession, the Bank of Korea lowered its benchmark interest rate to 1.25 percent last week. It was the second rate cut this year and the lowest level since June 2016. Today, we’ll discuss the reasons behind the central bank’s decision and its potential impact on the economy with Dr. Kim Wan-joong at the Hana Institute of Finance.

On October 16th, the Bank of Korea’s monetary policy committee cut the base interest rate by 25 basis points to 1.25 percent. Considering that two members of the committee called for a rate freeze and the policy rate has already reached a historic low, the central bank is expected to be more circumspect about additional rate cuts.

The Bank of Korea cut the interest rate to 1.25 percent in June of 2016 and raised it by 0.25 percentage points on two occasions in November of 2017 and November of last year. However, the rate has now fallen back to its lowest level. The recent rate slash has been mainly attributed to concerns over a slowdown in the economy.

The rate cut seems to be inevitable, given the aftermath of the trade dispute between the U.S. and China and weak growth momentum in the Korean economy. The Bank of Korea forecast earlier this year that the domestic economy would grow 2.7 percent in 2019. However, this year’s growth rate could even fall short of 2.0 percent. To make matters worse, consumer prices have posted negative figures lately, fueling worries about the possibility of deflation. Against this backdrop, there have been rising calls to adopt a more active monetary easing policy.

While the central bank has decided to bring down the base interest rate in consideration of downside risks both at home and abroad, some experts have cast doubts about the effects of a rate cut.

Analysts are questioning the usefulness of a rate slash, citing the chronic problems of the Korean economy, which relies heavily on foreign trade and is therefore greatly influenced by fluctuations of the global economy. In other words, rate cuts hardly lead to more investment or consumption as long as the global economy remains stagnant. Korea is also exposed directly to the fallout of the trade row between the U.S. and China.

Domestically, businesses and consumers do not really feel the effect of a lowered interest rate in this prolonged low interest rate environment, with some warning of a “liquidity trap.”

For a rate cut to produce a visible effect, it is necessary to accelerate an expansionary fiscal policy and also use the increased financial resources efficiently at the same time. The government should also ease regulations to reform the current industrial structure as well.

A slash in the interest rate has the purpose of stimulating the economy by releasing more money into the market.

However, considering the structure of the Korean economy, it is difficult to increase consumption and investment through a rate cut alone. Even if the rate is lowered, companies will still refrain from investment, while individuals will spend less if economic uncertainties linger. The economy might then fall into a liquidity trap, which refers to difficulties in cash flow in the market.

Instead of boosting consumption and investment, the low interest rate could fan speculative demand in the real estate market.

As the interest rate is expected to remain at the lowest level for some time, there is speculation that more money could be funneled into the real estate market to cause housing prices to rise again. But it is quite difficult to buy homes through loans because the government tightened lending requirements last year. So I don’t think a massive amount of money will enter the housing market, following the recent interest rate reduction.

Still, many experts predict that the presale price cap system will result in a contraction in the supply of new apartments. It is true that there is upward pressure on housing prices due to rising demand for homes in some regions, including Seoul. Even with ample liquidity in the market and the ongoing low interest rate trend, it is hard to find proper investment outlets. So, money might flow into the real estate market again in the future.

It is generally believed that a rate cut will reduce borrowing costs, leading to greater demand in the real estate market and higher housing prices. However, the interest rate in Korea has remained at a low level for a long time, while the government has kept tough lending regulations in place. Therefore, it is unlikely that the latest rate reduction will channel more money into the housing market.

The Bank of Korea may lower the interest rate once again. The key is the extent of the rate changes.

Some are even predicting that the policy rate might be lowered to the zero percent territory to tackle an economic downturn.

Unlike the U.S., Korea does not have an internationally traded currency. This means Korea’s low interest rate level, which could cause monetary policy to be ineffective, should still be higher than that of countries issuing key currencies. As a result, the Bank of Korea cannot lower the base rate drastically, even if it may decide on further rate cuts. I guess the central bank will lower the rate once or twice at most, due to skepticism about policy effects, structural problems in the local economy and financial industry, as well as the risk of capital outflow. Korea will not go as far as to reach a negative interest rate, which has been adopted by central banks in Europe and Japan, but could lower the rate to the zero-percent range.

If Korea cuts the benchmark interest rate one more time, it could fall to an unprecedented rate of 1 percent. A future rate decision may depend on the nation’s economic conditions.