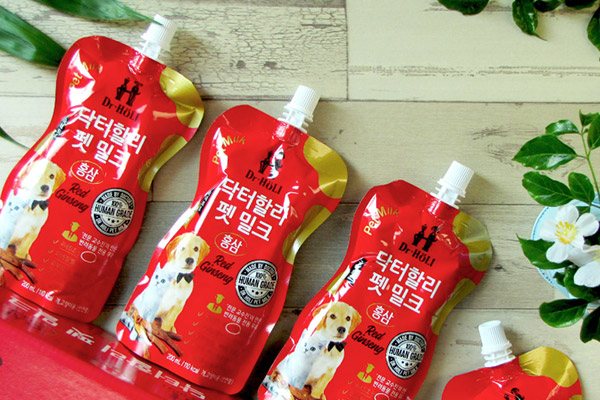 The FoodMaster Group was established in March of 2017 with the purpose of bringing innovation to food products and reaching out to consumers all over the world. The startup is dreaming of becoming the Apple or Dyson of the food industry. The company name represents a group of top-notch specialists with more than 20 years of experience in food marketing, production, and research and development.

The FoodMaster Group aims to achieve innovation in the pet food industry. As Mr. Park said, his company is pursuing something new, just like Apple or Dyson, whose names became a byword for innovation. Dyson, for example, has a total of 6,000 employees, while 2,000 of them are engineers or scientists. The FoodMaster Group also employs a group of experts in the belief that innovation can be created from new technological development aimed at easing inconveniences in daily life. Park is a food expert himself.

At a large milk company in Korea, I was in charge of sales, marketing and strategies for new products for 22 years. But I chose to leave the company because of heavy stress and health issues. While resting at home, I thought hard about what I could do best and what kind of business would have strong growth potential. I thought of the pet care industry. In Korea, the pet milk market is still at an early stage.

In general, this market proves lucrative in countries with per capita incomes of over 30-thousand US dollars. I think the market has just opened in Korea. Given the situations in Japan, the U.S. and Europe, ten years of consistent investment and management will surely drive the Korean pet milk market to prosper.

While the chronically low birthrate in Korea has resulted in a declining number of children and young students, who make up a large portion of milk consumption, demand for milk is growing in one particular market, namely, the market for pets. There are about 10 million pets living in Korea.

The pet milk market may sound rather unfamiliar to the general public, but the market has grown to 9 million US dollars. So Park fixed his eyes on this market and visited specialists. 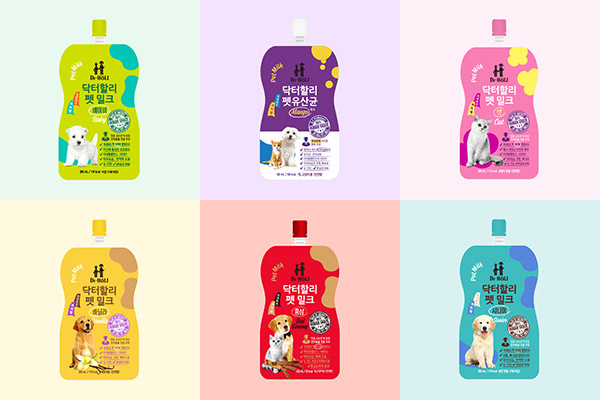 Our products come with the brand name, Dr. Holi PetMilk. It was jointly developed by three experts—a professor specializing in milk, a pharmacy professor studying optimal nutrition for pets and a veterinarian with a doctorate degree. The three professors all have pets, and they showed great devotion and enthusiasm when participating in the research project. With the help of a pet science department at a local college, we conducted various clinical experiments as well as preference testing to develop safe and reliable pet milk.

Pets are different from large farm animals like cows or horses, and pet milk is a sophisticated product that combines milk with feed. It requires cooperation between experts from different areas. In this sense, it was ideal to develop a new pet milk product through the collaboration of the three professors.

While it is necessary to give milk to companion animals, in the case of dogs and cats, their digestive systems do not produce enough of an enzyme that helps break down lactose, which is the sugar component of milk. So, giving them cow’s milk could lead to digestive problems such as upset stomach and diarrhea. For that reason, developers of pet milk usually work with veterinarians or other experts.

The FoodMaster Group recognized the most important element in the development of pet milk. It invited experts from three different areas—veterinary medicine, milk processing and pharmaceuticals—and carried out dozens of clinical tests to finally release a new product.

All products released under the brand of Dr. Holi PetMilk in Korea are low-fat milk. According to U.S. studies, more than 50 percent of pets are obese. While ordinary milk is over 4 percent fat, the fat content of Dr. Holi PetMilk is 1.6 percent and less than 110 calories each. So the product will be greatly helpful for treating obesity in pets. The manufacturing process and basic ingredients are identical with those of milk consumed by humans. We produce eight different types of products under this brand, in consideration of the pets’ age, type and preference.

Released in 2017, Dr. Holi PetMilk is the first low-fat pet milk in Korea. The company conducted extensive research on various problems for animal companions, including obesity, skin diseases, dislocated hips, and digestive issues, and finally developed low-fat milk for pets. But no matter how excellent a milk product is, pets won’t drink it if doesn’t taste good. So the company diversified the products in accordance with age, flavor and other factors, and classified them into different categories such as Baby, Adult, Senior, Caramel, Vanilla and Probiotics.

The products are now available at various local stores, including Korea’s top retailer Emart, the major beauty and healthcare store chain Olive Young, Shinsegae Department Store and GS Home Shopping. Thanks to positive consumer responses, seven products from the company were selected for the “2019 Seoul Awards for Outstanding Products” organized by the Seoul Business Agency. Now, the firm is ready to explore the world market.

We receive inquiries from many countries interested in our products. We targeted the global market from the beginning, so we have taken part in a pet fair in China, the largest market in the world, for three consecutive years since the first release of our products. From next year, we plan to participate in two fairs a year, one in Shanghai and the other in Beijing. As a matter of fact, it is not common for a small company like us to spend lots of energy and money on exports. Currently, we’re discussing the amount and schedule of shipments with potential buyers from Indonesia, Vietnam, China and Hong Kong.

But this is just the beginning. We aim to release nutritional supplements for pets next month. It took a lot of time for us to develop the new product, which we believe will be the best of their kind in the world. Next year, we also plan to unveil five kinds of innovative pet products that have never been seen before.

With the goal of becoming one of the top players in the global pet food industry, the FoodMaster Group is gearing up to tap into the overseas market. The global pet care market amounted to 130 billion US dollars last year and it is forecast to grow by 6 percent this year. We’re looking forward to more innovations from this promising company.