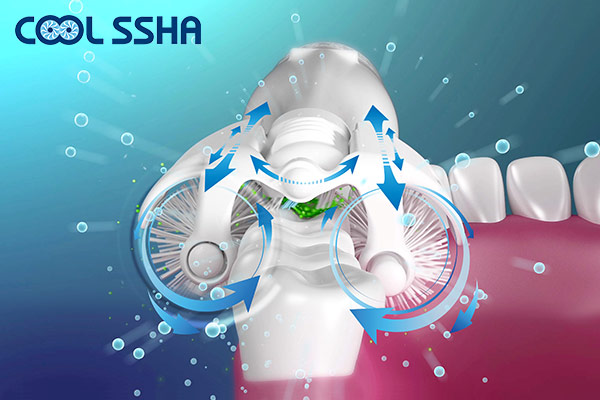 The company we’re going to introduce today is Coolssha, which has brought about innovation in electric toothbrushes. Let’s hear from Park Sang-jae, the head of the company’s public relations team.

Coolssha produces electric toothbrushes with a vision of promoting public health in the era of centenarians. When we first decided to develop electric toothbrushes, almost everyone predicted that it would be a challenging job. Some even advised us to reconsider the decision, but we had confidence in our product. We had a firm belief that customers would recognize its value once they use it, so we continued with our development. We conducted market research, studied the consumer response and applied patents to realize our corporate philosophy of putting only perfect products on the market. After 15 years of hard work, we finally released our first product in 2017.

South Koreans have traditionally considered healthy teeth to be one of the five blessings in life. Countless toothbrushes are designed to ensure a correct tooth brushing method, but it is rare to see a product that took 15 long years for development. Coolssha examined the market thoroughly and figured out what consumers really want. It improved its electric toothbrush over and over again to make a perfect product.

People, in general, think that tooth brushing is about simply scrubbing their teeth. But in the case of Coolssha, three bristles clean simultaneously so it is very effective in removing plaque in between the teeth and below the gum line. It is an ideal method of tooth brushing recommended by dentists. Users may feel like they get their teeth scaled.

Another merit of this toothbrush is that it takes one-third of the time spent for other alternatives, because its three bristles brush the teeth at the same time. Other models typically brush the front, back and top of teeth in turn. But Coolssha covers the teeth and cleans the three sides at once to reduce time for tooth brushing.

Coolssha took a step further to make its three bristles reciprocate and rotate simultaneously. The device may well be called the result of technological integration.

We have multiple patents, including one for the technology of simultaneous rotation and reciprocation. It took a considerable amount of time to develop and commercialize this highly sophisticated technology. People may think that only large TVs or mobile phones require complicated tech, while electric toothbrushes may simply work with a small chip. That’s not the case with Coolssha. In fact, it features ultra-precision technology.

Some may overlook the high level of technology used for its wireless charging system, the prevention of overcharge or over-discharge and its IPX7 waterproofing rating.

When the two bristles—one on each side—and the center brush make contact with the teeth, they move back and forth horizontally and sweep down vertically at the same time. Like an automatic car wash, they cover the entire tooth and wash it from three sides. The two brushes can reciprocate back and forth up to 1,480 times and can rotate 240 times per minute. The center brush also reciprocates up to 740 times per minute for three-dimensional cleaning of space between the teeth and gums. Having registered and applied international patents in 27 different countries, Coolssha received positive reviews from the foreign media right after its product release. 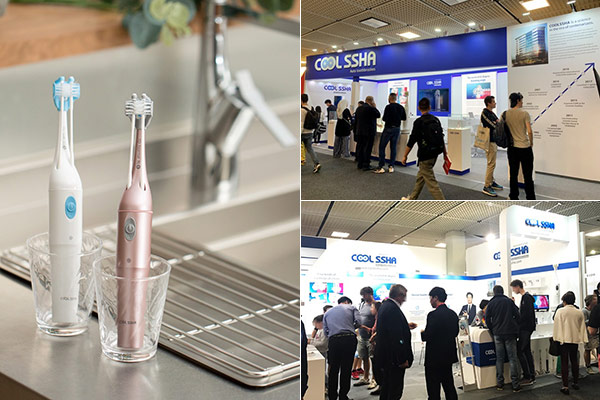 Soon after releasing our product, we took part in an electronics fair in Tokyo, where we happened to meet officials of France 5, a state-owned channel in France. Our product was introduced in its program called “Le Magazine de la Sante,” and panelists at the program highly praised it as a very innovative product. In one of the most impressive comments, one person said that South Korea can also make electric toothbrushes very well, along with mobile phones. Clearly, the evaluation showed their trust in South Korean products, which I feel highly proud of.

We began to export our products in 2018. Currently, they are found in Japan and Taiwan, and negotiations are underway to sell our products to Amazon Europe.

Coolssha continues to receive rave reviews that its product has moved beyond the limitations of electric toothbrushes. It has found more markets outside of South Korea since it caught the eyes of participants at international fairs in the U.S., Hong Kong, Japan and Europe.

Coolssha products have also been well received in the domestic market. In 2017, the company first challenged the local electric toothbrush market that had been dominated by global brands such as Braun and Philips. The company was able to grab an amazing market share in just a year.

Coolssha’s online market share in Korea jumped to as high as 42 percent, which is indeed a remarkable achievement. Word-of-mouth played a big part, and we believe our products fully lived up to consumers’ expectations. Coolssha products are available not only on the online market but in offline stores. Locations include duty free shops and local electronics stores such as Himart, Samsung Digital Plaza and Electro Land.

At present, Coolssha focuses on developing and upgrading its product. But of course, it takes a lot of time and effort to develop something new. However, all the employees of the company are concentrating on product development, in the belief that innovation is our greatest driving force behind success. Our new product will hopefully bring a new sensation to the domestic and overseas markets once again.

Coolssha was selected in “Hi Seoul Excellent Brand Award” sponsored by the Seoul Business Agency last year to reinforce its market status further. Now, it is working on a new product that will surely surprise the world again. We’re looking forward to another innovation to be driven by this company, which broke new ground in the field of electric toothbrushes.